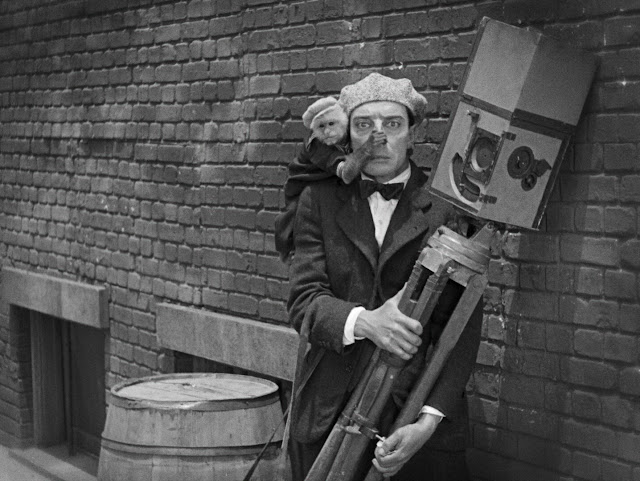 The Cameraman (1928) marked both the end and the beginning of an era for Buster Keaton. It was the first film Keaton made at MGM after the dissolution of Buster Keaton Studios, the independent studio Keaton had run throughout the 1920s along with producer Joe Schenck, who sold his contract to mega studio Metro-Goldwyn-Mayer in 1928. As a result, it was the last film over which Keaton was able to exercise complete creative control, and the last film that would involve all the major crew members that had helped him make some of his greatest masterpieces. 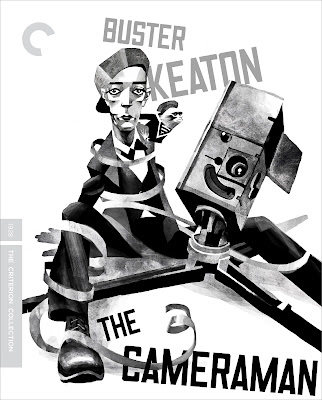 Keaton would later describe selling out to MGM as "the worst mistake of my life," and while The Cameraman is not among the strongest of Keaton's feature films of the 1920s (his final masterpiece, Steamboat Bill, Jr., was also released in 1928), it's the last film that contained that unique Keaton spark. MGM reportedly saw Keaton more as a star than a creative force, a sad clown to be directed rather than direct, and mostly cannibalized Buster Keaton Studios for scrap, reassigning the crew to other projects, never again giving Keaton creative control over one of his own projects. As a result, one of the greatest comedians of the silent era simply faded away, reduced to glum cameos in MGM projects, never again ascending to the heights of his earlier career.

The film centers around Keaton's titular cameraman, a tintype photographer who trades in his still camera for an ancient movie camera in order to become a newsreel cameraman in order to win the heart of the beautiful secretary (Marceline Day) who works in the newsreel office. Hijinx naturally ensue as Keaton attempts to learn his craft on the fly, with predictably disastrous results. But when a local gang war breaks out, Keaton finally finds his opportunity to impress the bigwigs, snag the job, and win the girl. Or so the thinks.

Keaton reportedly had to beg MGM's production head, Irving Thalberg, to allow him to scrap the extraneous plots thrust upon him by the studio's throng of writers, and he eventually won every battle he fought on The Cameraman  but one can't help but detect a but of exhaustion in this, the last of Keaton's major silent comedies. Just as the filmmaker's ideas were were bursting at the seams a decade earlier just before he transitioned from shorts to feature filmmaking, one can almost feel Keaton's exhaustion here. There are some lovely moments of inspiration to be found here; Keaton trying to change into his swimsuit in a cramped closet with another bulky swimmer, jumping on a firetruck to go film a fire only for it to pull back into the firehouse, filming a riot while standing on a collapsing platform without ever losing his poise - his flair for comedic timing and sight gags remain unparalleled among the great silent comedians.

Yet there's a certain poignancy here - knowing what Keaton sacrificed in order to make this film. He would never again enjoy such creative freedom and as a result his work and career became greatly diminished. It's an important missing piece in Keaton's oeuvre, but it represents a turning point in his career from which he would never recover, one last great hurrah with the gang. Its moments of whimsy and delight land with as much grace as any gag in his earlier work, but it feels very much like an artist working against the grain, finding diamonds in the rough. And although Keaton emerged from his experience making The Cameraman with his dignity mostly intact (it is a fine comedy and did well for MGM), the sacrifices he made to get it done were enormous. The ingredients are all here, but it's not quite the same, and it never would be again.

The new Blu-Ray from the Criterion Collection also includes Spite Marriage (1929), the first film made without his usual crew for MGM, which offers a fascinating contrast to The Cameraman, as well as a host of other extras.