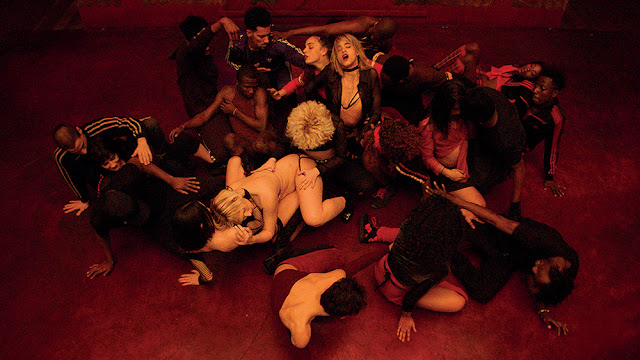 Gaspar Noé is not exactly a filmmaker known for subtlety. His films are often as much assaults on the senses as they are on good taste. His latest cinematic provocation, Climax, arrived at last year's Cannes Film Festival with the requisite controversy - its posters goading Noé's detractors by exclaiming "you despised I Stand Alone, you hated Irreversible, you loathed Enter the Void, you cursed Love, now try Climax." 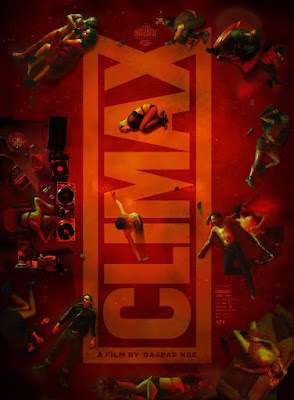 Yet despite Noé's gleeful trolling of his critics, Climax has become one of the most acclaimed films of his career, winning the Directors' Fortnight Prize at Cannes while enjoying generally favorable reviews across the board. And it's easy to see why - Climax is one of the most unique and exhilarating cinematic experiences to grace the screen in some time. The film opens on one of the most dizzying, rapturous dance sequences ever put on film (shot in one stunning take), and descends into utter madness as a group of French dancers gathers in a remote gym for a night of rehearsal and partying, only to discover that their sangria is laced with LSD.

The film is a triumph of directorial verve and vision, a raucous descent into Hell with Noé as our jubilantly mad Virgil, set to the pulsing beat of electronic club music. It's a truly sensory experience, but when the LSD starts kicking in, it's a ride like no other. Climax quickly becomes hazy and hallucinatory, even orgiastic in its depiction of human depravity laid bare. Here, the drugs reveal the truth, stripping its characters down to their primal essence. Is this who we really are, Noé wonders? Once the inhibitions are gone and the semblances of polite society ripped away, what is left? The film is at once horrific and beautiful, frightening and exuberant, a visceral landmine in which death is an almost orgasmic experience, achieving another plane of existence that skirts the boundaries between the sacred and the profane.

In that regard, Climax is the perfect movie for the world in which we live. Common morality and human decency take a backseat to something much more brutal and primal, a world run by pure id. Yet this is no empty provocation, it’s an exploration of the darkest recesses of the human mind, a window into what we're capable of at our very cores. There's a kind of trance-like quality to the film, and once we're under Noé's spell, there's no turning back. It's at once a slow-burn unravelling and a turbulent, unhinged party that goes quickly off the rails. That Noé manages to balance those two aesthetics is remarkable in and of itself, but to also create something that is as moving as it is horrifying. Climax is often shockingly brutal, but it manages to make us feel the pain of its characters, and to sympathize with their plight. They never asked for this, and the results are often terrifying.

Much of the film is shot in long, unblinking takes, the camera movements replacing editing by being untethered to one specific plane. Noé's camera moves throughout the party like an unseen observer, roving the halls, and even moving up to the ceiling for a bird's eye view so that the audience is at once a dispassionate voyeur and an active participant. There's simply no other film like it in recent memory. It's thrilling, ghastly, tragic, and beautiful, a riotous and sensual visual and aural assault that simply must be seen to be believed. One can't help but feel that this is Noé leaving it all on the dance floor, and the results are truly incredible.