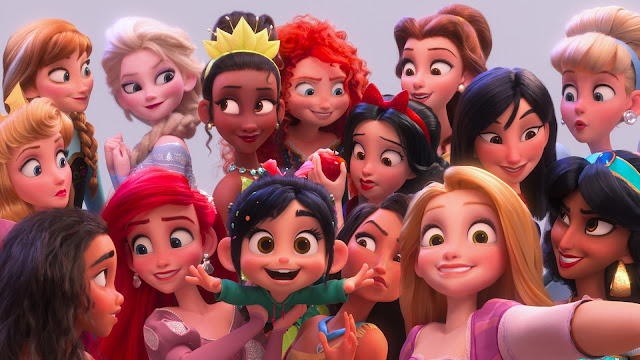 Outside of the Toy Story franchise, Disney's sequels to its own animated films have historically been something of a mixed bag. Often going direct-to-video, they tend to be designed to make a quick buck off licensing and merchandise rather than adding anything to the story the original set out to tell. 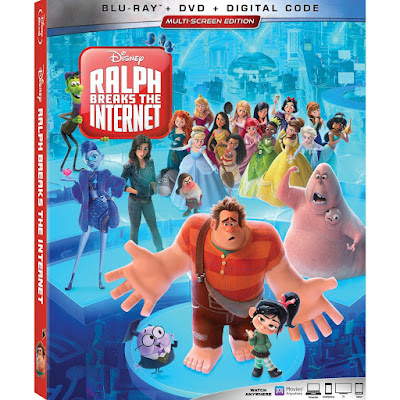 That is thankfully not the case with Ralph Breaks the Internet, the sequel to 2012's Wreck-It Ralph, in which the titular video game villain (John C. Reilly) finds redemption and friendship after becoming tired of his destructive programming. Now, he and his best friend, the glitchy racer Princess Vanellope (Sarah Silverman), spend their evenings goofing off in other video games until the sun comes up, before heading off to their own respective games. But Vanellope wants to break out of their monotonous routine, while Ralph only wants what's familiar and comfortable. When Ralph's efforts to shake things up for Vanellope ends up wrecking her game, the pair find themselves journeying to the internet in order to find a crucial part that could save Sugar Rush. Once inside the internet, Vanellope discovers the vast world outside her backyard, and begins to yearn for new surroundings, even if that means leaving Ralph behind.

We've all had friends we've outgrown to some degree, whether we moved away from them or their goals and dreams just didn't align with our own. It's a bittersweet part of life that Ralph Breaks the Internet embraces with disarming emotional acuity. Ralph and Vanellope are friends traveling in different directions - one wanting familiarity and routine, the other longing for adventure and the unknown. As a result, Ralph Breaks the Internet is a film about moving on and letting go, and reconciling and embracing our loved ones unique ambitions, even if they diverge wildly from our own.

Directors Rich Moore and Phil Johnston skillfully navigate these tricky emotional waters, acknowledging the wistful and sometimes painful beauty of friendship, and it does so with great humor and heart. The film is wonderfully self-referential, creating a dazzling and witty personification of the internet and internet culture that pokes gentle fun at Disney's brand synergy while satirizing everything from social media to online click-bait. The much ballyhooed cameos by the Disney princesses (many voiced by the original actors) offer several comedic highlights, and showcase an unusual willingness for Disney to make fun of itself.

Ralph Breaks the Internet marks a giant leap forward for Disney animation, stepping out of the shadow of Pixar and asserting that even without their partner studio Disney animation is perfectly capable of producing smart, original, and emotionally grounded films apart from their trademark fairy tale/princess musicals. It not only manages to expand the world of the original, but deepen its emotional resonance as well - the mark of a truly successful sequel.

The disc's bonus features include the requisite making-of docs, but these behind-the-scenes looks are anything but perfunctory. The interviews with directors Moore and Johnston and other animators at Disney Animation in "How We Broke the Internet" provides some fascinating insight into how the film came to be, not only exploring the film's myriad easter eggs, but also the origins of its thematic content. The amount of work that went into building the film's internet environments is impressive,  and the complexity behind the film's climactic showdown with "Ralph-zilla," a surprisingly metaphoric battle against Ralph's own inner demons, is jaw-dropping. These aren't the kind of special features that simply give lip-service to how great the film is, they actually bring a deeper appreciation of the film. While it would have been great to have seen more about the original princess voices getting back together, this Blu-Ray release's features manage to enhance the film rather than simply selling it. And the extended reel of BuzzzTube cat videos is almost worth the price of the disc alone.


Special Features:
Blu-ray & Digital:
• How We Broke the Internet
• Surfing for Easter Eggs
• The Music of Ralph Breaks the Internet
• Deleted Scenes
• BuzzzTube Cats
• Music Videos - “Zero” by Imagine Dragons and “In This Place” by Julia Michaels.