Manoel de Oliveira to Direct "Gebo and the Shadow"

Variety is reporting that 102 year old Portuguese director, Manoel de Oliveira, has signed on to direct O Gebo e a Sombra (Gebo and the Shadow), a French-language period piece based on the novel, "The EUR" by Raul Brandao. 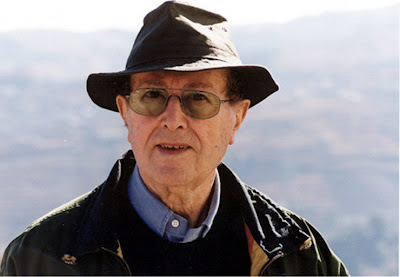 De Oliveira, who also penned the script, also directed two of last year's finest films, Eccentricities of a Blonde-Haired Girl and The Strange Case of Angelica, both of which made my year-end top ten list. Gebo and the Shadow continues the centenarian director's astonishing late career prolificacy, who directs with the energy of a man a third of his age.

The film is set to start shooting later this year.
Email Post