Beware "The Ides of March" 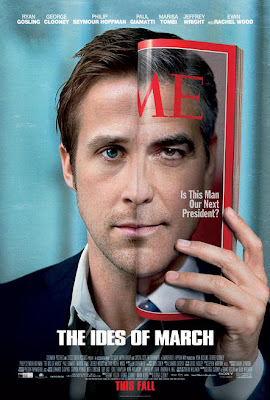 The latest film from George Clooney and Grant Heslov (who previously teamed up on Good Night, and Good Luck) has a brand new trailer and poster. I really liked Good Night, and Good Luck, and Clooney has a good eye for political drama so I have high hopes for this one - not to mention it has a stellar cast. Here is the official synopsis from the film's Facebook page:


The Ides of March takes place during the frantic last days before a heavily contested Ohio presidential primary, when an up-and-coming campaign press secretary (Ryan Gosling) finds himself involved in a political scandal that threatens to upend his candidate’s shot at the presidency.

Check out the trailer for yourself.