Review: "Who is Harry Nilsson (And Why Is Everybody Talkin' About Him)?" 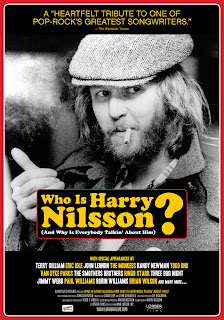 There is something to be said for a straightforward documentary that doesn't unnecessarily sensationalize its subject or dilute it with heavy-handed directorial flourishes. However, when it comes to films like John Scheinfeld's Who is Harry Nilsson (And Why is Everybody Talkin' About Him)?, typical structure can be a detriment.

Through interviews with various celebrity friends and collaborators, as well as never before released audio clips from an oral autobiography, the film pieces together an intimate portrait of legendary singer/songwriter Harry Nilsson, once credited by The Beatles as their favorite artist. It is genuinely admiring of Nilsson, despite self destructive behavior later in life that would eventually lead to his death. Everyone interviewed clearly has great respect for the man, but the film itself is strangely devoid of passion. Luminaries such as Randy Newman, Yoko Ono, Terry Gilliam, and Robin Williams endlessly gush over the man's talent, but the film never seems to rise above the level of a VH1 Behind the Music special. 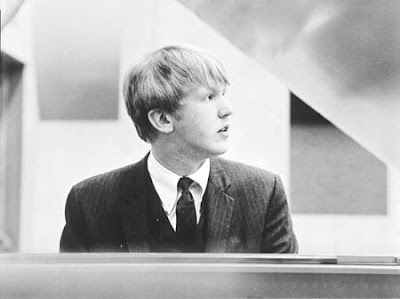 The film follows a woefully conventional trajectory. It's a talking head documentary of the most mundane kind, despite amusing and even moving anecdotes by those being interviewed. The problem is they're all trapped in a very traditional and common-place film that seems beneath the talent of the man being exalted. Nilsson was an immense talent, both as a singer and as a songwriter, and some of his biggest hits included “Everybody’s Talkin'” from Midnight Cowboy “Without You,” “Coconut,” and “One," but Scheinfeld almost seems to gloss over the music, creating what feels like a perfunctory greatest hits reel, using the songs as background accompaniment or in brief clip montages that don't seem to lend the right sense of weight or reverence that the songs deserve.

Also, noticeably missing are Nilsson's two best friends, John Lennon and Ringo Starr. Both are seen throughout the film, and Lennon (who many saw as a negative influence) gets a word in through some vintage interviews, but Starr, who many suggest was Nilsson's closest friend, is AWOL for most of the film. It leaves a hole in what seems like an otherwise thorough portrait of a beloved artist. 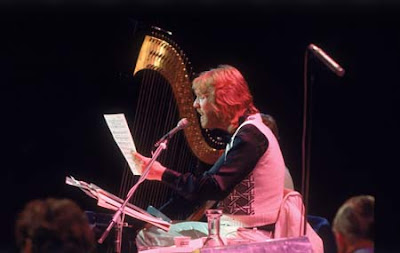 No one can fault Who is Harry Nilsson for not being exhaustive, because there is a lot of information and remembrances being expelled here. And to Scheinfeld's credit, the more unsavory aspects of his Nilsson's life aren't glossed over, nor are they dwelt upon, they are simply acknowledged as a part of him along with everything else. But a series of personal recollections of friends and family does not a great film make. Scheinfeld's straightforward style comes across more as plain and bland rather than simple and incisive. This isn't elegant simplicity, it's serviceable informational banality, nothing more.

It's a shame that, given Nilsson's musical stature, that the film about his life seems less like capturing his spirit than just dully tracing his life. The interviews give us insight into who he was, but it never gives us the feeling the way other similar documentaries this year have done, like Tamra Davis' vibrant Jean-Michel Basquiat: The Radiant Child. It is that extra mile that documentaries go to capture and emulate the soul of their subject that Who is Harry Nilsson seems to miss. So while the information is there, the soul is not, and what is left seems painfully ordinary. A disappointing tribute to a man who was anything but.

WHO IS HARRY NILSSON (AND WHY IS EVERYBODY TALKIN' ABOUT HIM)? | Directed by John Scheinfeld | Not rated | Now showing at the Cinema Village in NYC and Laemmle Sunset 5 in LA.
Email Post