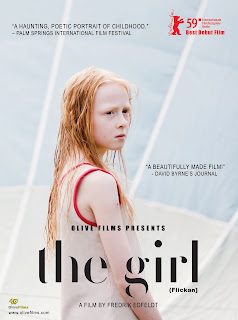 There is a shimmering nostalgia that hangs over Fredrik Edfeldt's The Girl (Flickan), and depending on your point of view, that's either a major selling point or a complete turn-off. Having always been a sucker for some tasteful nostalgia (spare me your schmaltz, please), I'm probably more in the former category than the latter. But despite my admitted affinity for such films, The Girl isn't without its problems.

Set in 1981, The Girl centers around a never-named 9 year old girl (Blanca Engström, in a magnetic performance), whose family is planning to travel to Africa to help with an aid project. However, when it is discovered that she is too young to go on the trip, her parents decide to leave her with her aunt. As it turns out, her aunt is far more interested in reliving past loves and spends more of her time reminiscing about the past than looking after the girl. So the girl secretly mails a letter to the object of her aunt's affections, and upon receiving a reply, her aunt leaves "for a few days" to be with her man. 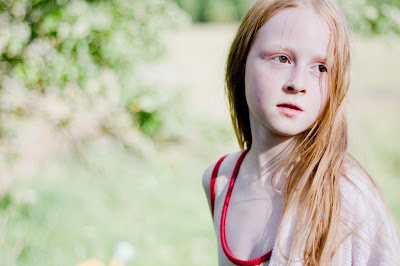 Blanca Engström as THE GIRL. An Olive Films release.
But when a few days becomes a few weeks, it soon becomes clear that her aunt isn't coming back, and the girl is left to fend for herself. Finding herself suddenly thrust into the grown-up world, the girl must navigate the tricky waters of adulthood while still trying to live the life of a child, whether it's a tentative flirtation with a shy classmate, or dealing with a delinquent neighbor and her older, more worldly cousin. By the end of the summer, the girl will have left her childhood behind, overcoming her fears and emerging from her cocoon a butterfly rather than a caterpillar. It's all rather thematically obvious, a similar story was told more effectively in So Yong Kim's Treeless Mountain just last year. However, Edfeldt conveys the themes with such grace and often breathtaking beauty that it coalesces into a vibrant and lovely whole.

Again, it's all a matter of perspective. What one may see as graceful and moving another may see as ham-fisted and cloying, and The Girl definitely toes the line. But thanks to some truly gorgeous cinematography by Hoyte van Hoytema and a compelling central performance by Engström, The Girl avoids overt sentimentality by the skin of its gossamer teeth. 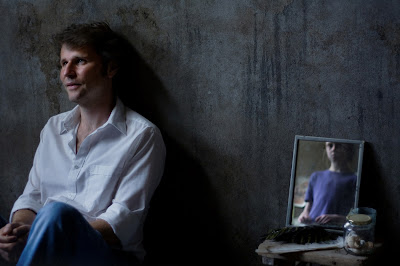 A scene from THE GIRL. An Olive Films release.
There is never any question of where the film is going. The Girl charts a well worn and familiar path in its portrait of childhood. But so clear is Edfeldt's vision that his haunting evocation of a child's world is hard to shake. There is a quiet, heartfelt pathos at work here, creating a surprising resonance despite its familiarity. Every time the film threatens to veer into trite mawkishness, Edfeldt reels it back in with tenderness and dignity. While the thematic transparency and occasional aimlessness (especially near the end) of the narrative can be distracting, the film's aching beauty and Engström's extraordinary performance keep it compulsively watchable. It's also much darker than most films of its kind. While filmed like some kind of fairy tale, The Girl is more Grimm Brothers than Disney, entering into some surprisingly dark territory, even if it at times it never feels completely honest or earned.

Despite its weaknesses, there is a lot to like in The Girl. Edfeldt has a great eye for detail, and uses his camera to create a deeply poignant look at adulthood through the eyes of a young girl, abandoned and disillusioned by the world around her. It is a stylistic triumph that ultimately doesn't add up to more than the sum of its parts, but remains a lyrical and evocative mood piece that manages to resonate even when you know it shouldn't.