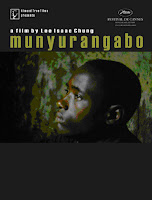 With 2009 almost half way over, I've been looking back on the first half of the year at the films that I feel are the best. While it is too early to pass judgment on the year as a whole, but there have been quite a few excellent films, many of which have been overlooked.

Here are the 10 films that have been released so far in 2009 (or will be by the end of June) that have resonated with me the most, in alphabetical order:

That's a strong group of films, and quite honestly they would be strong enough to make a respectable year end top ten list. There are a couple of films I have seen that won't be released until the second half of the year that would actually make the list, but since they won't be released before July are ineligible. On top of this we've had a few very good films that just narrowly missed this list, like Greg Mottola's moving coming of age comedy, Adventureland, and Kathryn Bigelow's widely acclaimed war actioner, The Hurt Locker. There have also been some top drawer summer blockbusters like J.J. Abrams'

Star Trek (still the highest grossing film of the year, with no close competition), and several excellent films on the horizon (Ponyo, You, the Living, Heart of Fire, Rumba).

It has yet to be seen how the year end prestige fare will turn out, but already 2009 has been a pretty good year. Hollywood's summer fare, by and large, hasn't been great, but if you know where to look, we've had quite a few small gems out there this year, and the ten films listed here are an excellent place to start.
Email Post

Ryan McNeil said…
I haven't seen many of the titles on your list, so for me so far 2009 can best be described as "meh".

Brian Dunn said…
Three Monkeys was excellent! Glad to see you giving it some love!
4:57 PM

I would definitely agree with:
Anvil
Goodbye Solo
Three Monkeys

I would say these are right at the edge:
Up
Tokyo Sonata
Munyurangabo

Summer Hours actually didn't do much for me, and the rest I haven't seen. If the end of the year movies pan out I think we'll be in good shape, though.
1:55 PM