OK North Carolina folks, one of the year's best films, Goodbye Solo, opens today in Winston-Salem at the Grand 18, and Greensboro at the Carousel. 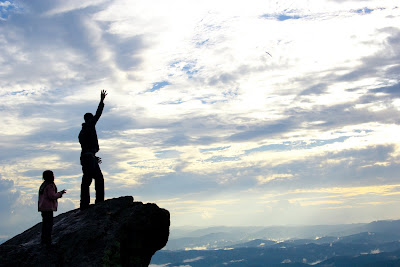 Filmed right here in Winston and Blowing Rock, this powerful tale of friendship between a friendly cab driver and a lonely old man is one of the most acclaimed films of 2009. I've been pushing it here since before its release in March, but since it's just now opening in the area, I'd say it bears repeating.

I recently payed to see it at a commercial screening here in Boone, and the reactions were all very positive. I think I even liked it more upon second viewing. It's such a lovely and profound film, and the shared experience of seeing it with an audience seemed to deepen its impact.

My review was published in The Dispatch this week to coincide with its local release. Here is a excerpt:

"Goodbye Solo" is, above all else, a film about love. It is an unconditional love between two friends who come to share a deep and unbreakable understanding. It is a film of profound wisdom and great beauty, so much so it gave me chills. And I say all of this not as someone who is from here but as a human being.

Don't miss your chance to see one of the year's finest films on the big screen. The fact that it was made in North Carolina just makes it that much more special. Movies this good don't come along very often.
Email Post