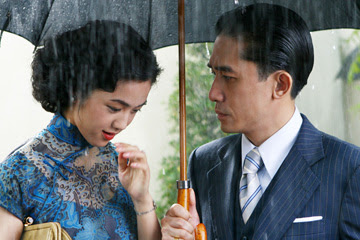 Some of the most talked- about foreign films have been disqualified from a shot at the Oscars, infuriating film-makers and critics.

The Academy of Motion Picture Arts and Sciences, which awards the Oscars, has just disqualified Ang Lee's Golden Lion Award-winning controversial romance Lust, Caution, saying it was not made with enough Taiwanese talent to warrant being Taiwan's official entry. The Taiwanese had to hurriedly pick another film or forfeit a shot at an Oscar altogether – they chose a movie called Island Etude.

Ang Lee's producing partner James Schamus, furious at the exclusion, told The Hollywood Reporter: "I dare you to tell me how Lust, Caution is not eligible while Crouching Tiger, Hidden Dragon [2001] not only was eligible but also won as best foreign film. We shot them in China, with almost the exact same crew. The whole thing is patently absurd." Julian Schnabel's The Diving Bell and the Butterfly – a biopic about a former editor of Elle magazine who suffered a stroke so debilitating he could move only his left eye – will also be missing, despite winning the best director prize in Cannes.

That's a real shame, Lust, Caution was a shoo-in and would have been a strong contender. Looks like it will have to settle for tech acknowledgements (specifically for Alexandre Deslpat's beautiful score). Its Best Picture prospects seem to have faded.