Blanchett for Lead Actress in "I'm Not There?"

David Poland is reporting that the powers that be have decided to push Cate Blanchett's otherworldly performance in I'm Not There into the lead actress category instead of supporting, because of the critical and popular failure of Elizabeth: The Golden Age. 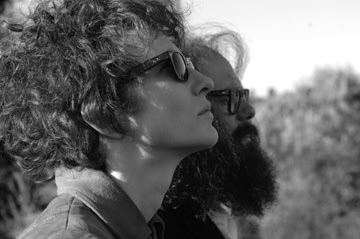 This is bad news on several fronts. 1) She had the Best Supporting Actress category in the bag if she wanted it, no one else even comes close. Now in Best Actress she faces much stiffer competition, namely in the form of Marion Cotillard's transcendent performance in La Vie En Rose. On top of that, it's not a lead performance.

2) Her lead performance in Elizabeth still had a strong shot at being nominated...until now. If she had been nominated in both categories, she would have lost lead but won supporting.

3) She has a greater chance of losing, as does Cotillard, both of whom deserve an award. Leave Cate in supporting, and everybody wins. Well...except the other contenders.
Email Post
Labels: Cate Blanchett I'm Not There Oscars