Variety is reporting that actress Deborah Kerr, who was most famous for her role in Fred Zinneman's From Here to Eternity, died yesterday from complications from Parkinson's Disease. 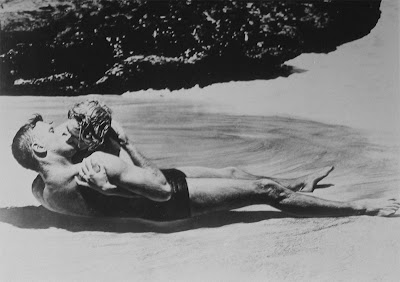 Kerr's role in From Here to Eternity, in which she kissed Burt Lancaster on the beach in one of the screen's most iconic moments, has brought her the most fame over the years, as well as appearing opposite Yul Brenner in the musical The King and I, but I will always remember her most for her roles in the Powell/Pressburger films The Life and Death of Colonel Blimp (in which she played 3 roles) and Black Narcissus, where she played Sister Clodagh, a prim young nun who starts a hospital in the Himalayas only to see it descend into madness brought on by isolation and sexual tension - a very brave topic for 1947, and the most absolutely stunning use of lighting I have ever seen in a film. 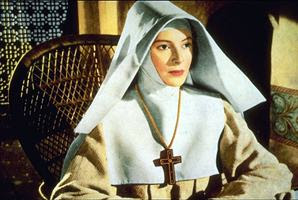 Kerr was a great screen presence, and will be missed.
Email Post