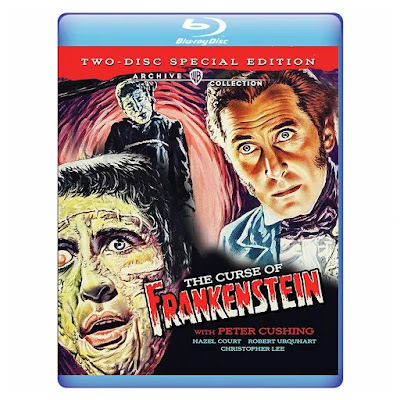 The first Hammer horror film, The Curse of Frankenstein ushered in a new era of horror in 1957, spawning a series of legendary films starring Peter Cushing and Christopher Lee that would run for nearly twenty years. Here Cushing is mad doctor Victor Frankenstein and Lee is his monstrous creation, bringing a different shade of tragedy to the character from Karloff's immortal interpretation of the character from the Universal monster series from nearly two decades prior.

Hammer's take on the classic monster characters is decidedly more gruesome than Universal's, and Cushing's Frankenstein is a more deranged figure, drunk on his own power to create life. Lee's monster is more deliberately murderous, but also clearly more upset by the fact of his own existence. Director Terence Fisher creates an indelible gothic atmosphere, lighting the film for black and white but shooting in color, creating haunting elongated shadows that contrast beautifully with the vibrant Eastmancolour cinematography. Now on Blu-Ray for the first time (and in 3 different aspect ratios), The Curse of Frankenstein is an essential piece of horror history beautifully preserved and restored by Warner Archive. 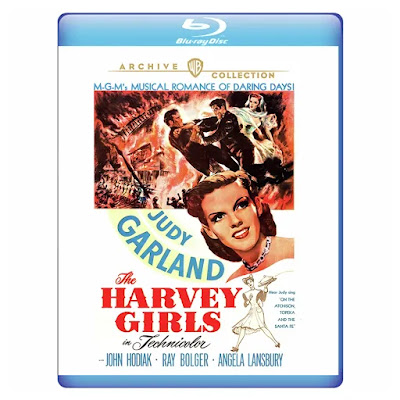 Strangely one of Judy Garland's lesser-known musicals, The Harvey Girls finds Garland traveling west for an arranged marriage to a man she met in the personal ads, where she meets a band of "Harvey girls," waitresses headed to the same frontier town to establish a restaurant and bring a hint of civilization to the Wild West. Once there, however, she discovers that her erstwhile fiancé is not what she expected, and joins the Harvey girls to work in the new restaurant. But a rivalry with a local brothel, led by stern madame Em (Angela Lansbury) and her entrepreneur lover, Ned (John Hodiak) threatens to destroy the entire town as Garland begins to fall in love with Ned, and competition with the brothel begins to threaten a crooked judge's financial interests.

The film traffics in some questionable politics regarding the meaning of "civilization," but handles the brothel with surprising sensitivity, mostly due to Lansbury's incredible performance. Garland shines as always, but it's Lansbury who steals the show, bringing emotional shading to a character that could have easily been one dimensional, and the film ends on a note that refuses to judge her for her choices. Add to that a toe-tapping score by Lennie Hayton with songs by Harry Warren and Johnny Mercer (who won an Oscar for "On the Atchison, Topeka and Santa Fe") and you have a solid period musical characterized by strong performances and beautiful rendered Technicolor cinematography. 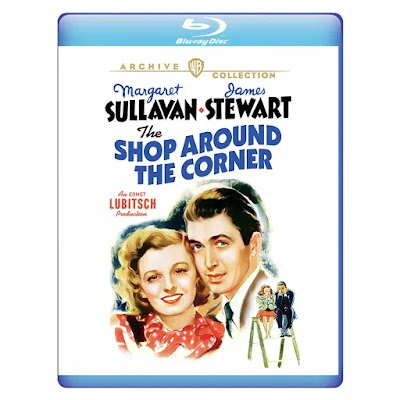 It's difficult to refer to any film, even the very greatest, as a "perfect film," but few fit the bill so beautifully as Ernst Lubitsch's sparkling romantic comedy, The Shop Around the Corner. Every element seems to be working at peak quality, from the performances to the script to the cinematography, it's one of the all-time great comedies. Remade nearly 60 years later as You've Got Mail, The Shop Around the Corner tells the story of two pen pen pals who fall deeply in love, completely unaware that they are actually each other's arch rivals as co-workers at the same department store in Budapest, Hungary.

Jimmy Stewart and Margaret Sullavan are sublime as the hapless lovers, competing for the attention of store owner Mr. Matuschek (the incomparable Frank Morgan) and longing for each other through their romantic letters at night. It's such an effervescent, easily lovable film, full of memorable characters and witty dialogue. But like its fellow Stewart-led Christmas classic, It's a Wonderful Life, The Shop Around the Corner goes to some dark places, which make its emotional highs feel all the more earned. It is perhaps the most indelible example of the legendary "Lubitsch touch," a testament to the simple magic that the filmmaker was able to conjure in his films. Its arrival on Blu-Ray from Warner Archive should be a cause for celebration for film fans, and the presentation preserves its lovely black and white tones.

All films now available on Blu-Ray from Warner Archive!