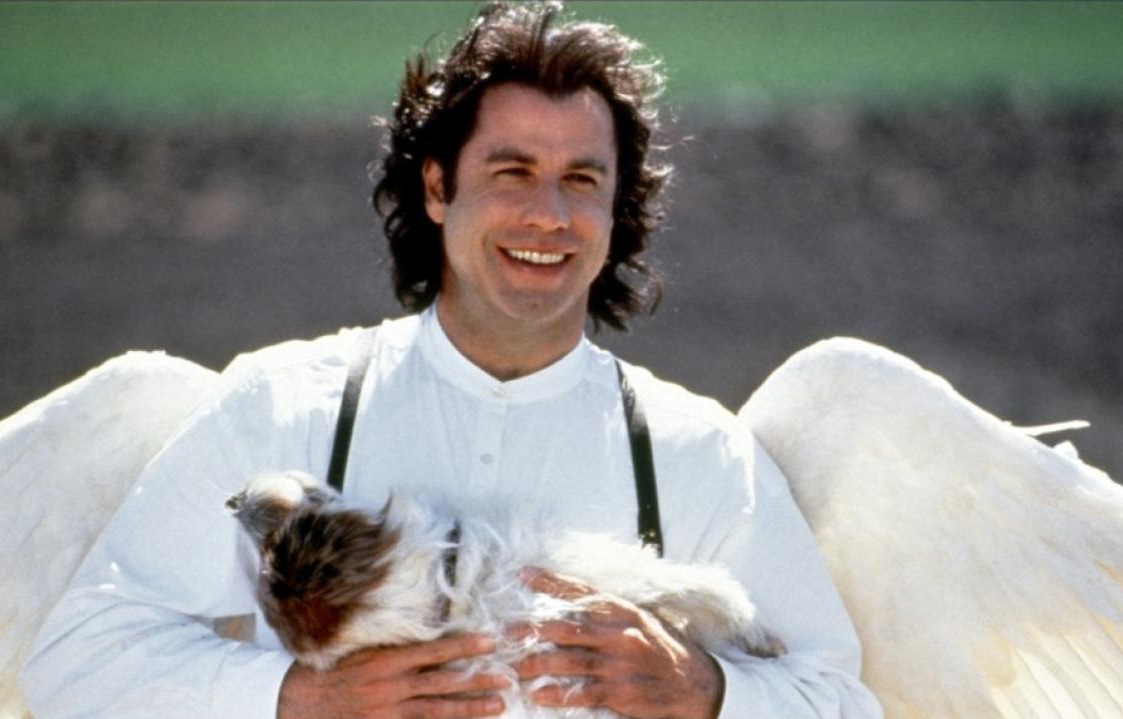 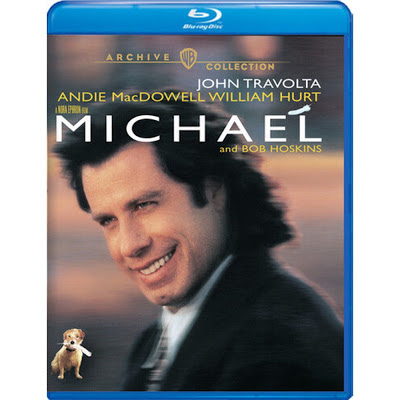 Made in the wake of John Travolta's mid-90s, post-Pulp Fiction career renaissance, Nora Ephron's Michael is a strange animal indeed. The second of two 1996 films in which Travolta stars as a man with extraordinary powers (the other being Jon Turteltaub's Phenomenon), Michael casts him as the titular archangel sent to earth for one last mission. Travolta's rude, crude take on the character is...unique, to say the least, but Ephron pulls much of the focus away from him and onto an anemic romance between jaded tabloid journalist William Hurt and wide-eyed aspiring writer, Andie MacDowell.
Michael, it turns out, can only use his powers so many times before draining them completely and returning to Heaven, so naturally a good bit of the film involves getting him to his final destination before he expires. But this happens so long before the end of the film that any emotional buildup that may result from this is squandered. Michael is, of course, the most interesting character in the film, and without him the central romance just doesn't have the power to carry the story. Jean Stapleton also shows up for an all-too-brief cameo near the beginning and nearly steals the whole show, but Ephron's insistence on doubling down on the romance as the center of Michael's quest feels anti-climactic. Michael is an unfocused mess that, despite a few highlights, is one of Ephron's weakest films. 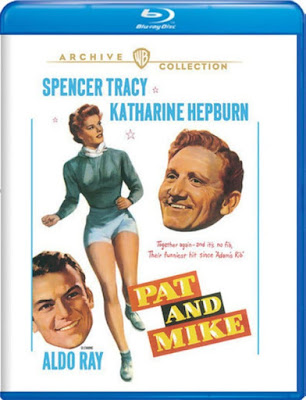 George Cukor directs this romantic comedy starring Katherine Hepburn as Pat, a star golfer with a major problem - she can't perform when her fiancee is around, leading her to constantly choke in high-pressure situations when he's around. Unwilling to give up on herself, she hires an unscrupulous sports agent named Mike (Spencer Tracy) who promises to rocket her to the top of the tennis circuit - but her fiancee problem remains. And it yarns out that Mike may just be able to help her with that problem too.
Pat and Mike was the seventh collaboration between Hepburn and Tracy, and remains one of their lesser films, despite top notch talent in front of and behind the camera. Coming hot on the heels of Adam's Rib (1949), one of their most successful comedies, Pat and Mike feels a bit tired, and its lackadaisical pacing feeds into the general sense of ennui. The tennis scenes are especially tedious, and the sparking wordplay that made Adam's Rib such a delight is all but missing here. An appearance by Aldo Ray as a dim-bulb jock also fails to add much color to the proceedings, and he sticks out like a sore thumb in an otherwise understated comedy. 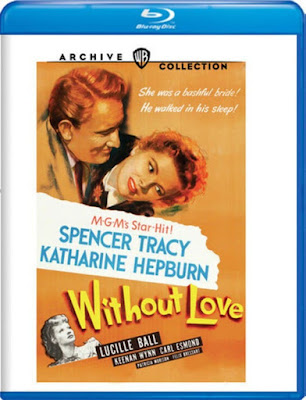 Without Love isn't the strongest film that Spencer Tracy and Katherine Hepburn made together, but it is one of their most effortlessly charming collaborations, allowing them both to play to their strength and focus on their legendary chemistry to create something that feels laid back and comforting. Tracy is a scientist helping make weapons during World War II, Hepburn is a widowed who mistakes him for a servant upon their first meeting. They enter into a marriage of convenience that slowly blossoms into a real romance as they work closely with each other over the years. Lucille Ball is also present in a small but pivotal supporting role that ultimately fails to leave much of an impression.
In fact, Without Love is often so droll and casually paced that it often seems to disappear within itself, but the care with which director Harold S. Bucquet treats the central relationship is apparent, and Tracy and Hepburn consistently shine. They make an otherwise straightforward romance seem genuine and heartfelt, even naturalistic. One almost forgets that they're longtime collaborators in real life, and Without Love makes great use of their unique relationship.