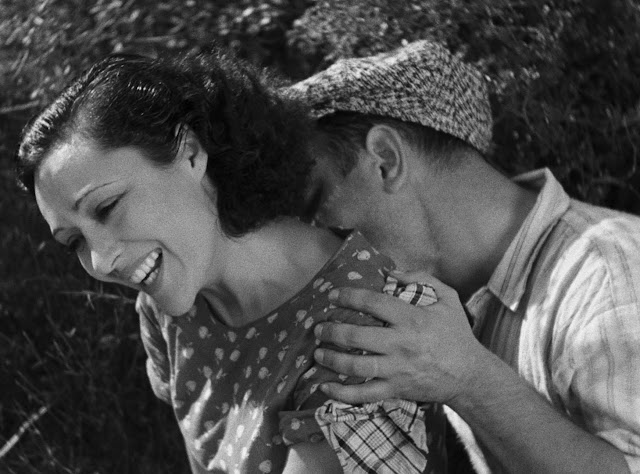 The South of France becomes a deceptively idyllic setting in Jean Renoir's 1935 film, Toni, a prototypical piece of Neo-realism that eschewed the trappings of impressionism that had been en vogue with the French in the 1920s. Renoir's goal was "a style as close as possible to daily encounters," a somewhat revolutionary idea for 1935 that would ultimately endear Renoir to the New Wave filmmakers who would come along two decades later. 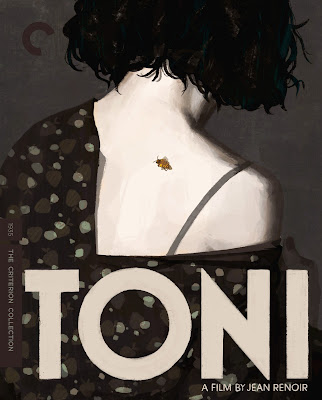 There's a certain pastoral quality to Toni that Renoir would later revisit in A Day in the Country the following year, yet the lovely countryside stands in stark contrast to the oppression and exploitation of foreign workers happening just beyond the periphery of the typical tourist destination. The film tells the story of Toni (Charles Blavette), an Italian migrant worker who immigrates to France seeking more stable work. Yet the lucrative jobs promised to the immigrants from all over Europe do not bring the promised prosperity, instead leading to despair and ultimately tragedy. Toni enters into a comfortable but passionless relationship with a local innkeeper, but soon finds himself drawn to Josefa (Celia Montalván), a Spanish immigrant who lives on a farm run by her uncle. Just when they're starting to fall in love, however, Toni's boss, the quarry foreman Albert, attacks Josefa and forces her to marry him. Toni, in turn, weds the innkeeper. But as life moves on, Albert becomes more and more abusive, and Toni's unrequited feelings for Josefa lead him to protect her at all costs, with tragic results.

Although the film was supported by French communists at the time, thanks to "script girl" and editor, Marguerite Houllé, who arranged a screening of the film with Renoir in the Soviet Union, it is not an explicitly socialist film. The conditions the workers of the quarry face are explicitly shown to be a vicious cycle of heartache that are clearly not the "better life" the immigrants hope for, but it isn't necessarily through direct exploitation by the capitalist class. The film is more subtle in that regard than the films the Soviets were making, but it is made very clear that dark things were going on beneath the tourist area's glossy veneer, just in the shadow of the playgrounds of the rich and famous. We are not shown, for example, the workers being directly exploited or oppressed - but the idea remains; immigrants are enticed with the promise of a better life, only to be cast aside as life moves on, the bourgeoisie blissfully unaware.

There's something quietly radical about what Renoir achieves here. He isn't painting in broad strokes or underlining his points in dark ink, but he is clearly making a leftist critique of the prevailing capitalist narratives of the day in ways that still resonate some 85 years later. There's a certain inevitability to its despair that presages De Sica's work in Bicycle Thieves and Umberto D., highlighting societal ills in such a way as to illustrate much larger points; about class, about gender inequality, and the often impossible choices facing the marginalized. The Rules of the Game would be a much sharper societal critique of the bourgeoisie for Renoir, but Toni is no less powerful for its comparative subtlety, deconstructing the attractive veneer of a world that promises everything and gives nothing but grief and heartache in return. This is Renoir at his most class conscious, subverting the narrative of opportunity for all and laying bare the hypocrisies of capitalism.