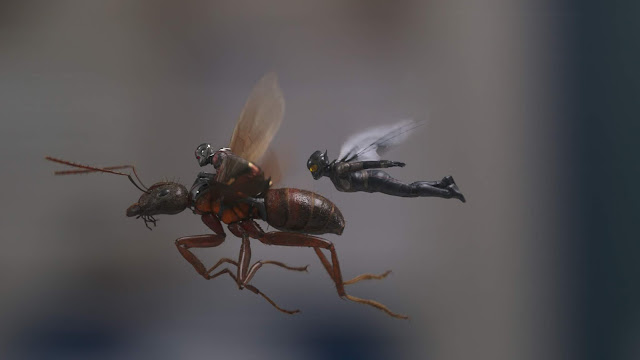 Ant-Man and the Wasp, the third Marvel film to be released this year, is something of a light-hearted breather for the studio after the gravity of Black Panther and the apocalyptic destruction of Avengers: Infinity War. By contrast, Ant-Man and the Wasp is an agreeably small-scale heist movie that shies away from the weighty themes of 2018's other Marvel films. 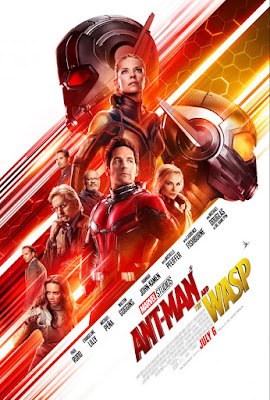 It's also, almost by its very nature, the lesser of the three films. 2015's Ant-Man was something of a surprise, and fun and funny romp that remains one of Marvel's best. Ant-Man and the Wasp doesn't quite reach those heights, that doesn't mean it isn't without its particular charms. Picking up in the aftermath of 2016's Captain America: Civil War, the film finds Scott Lang (Paul Rudd) under house arrest for the destructive events that happened in Germany during Civil War. His mentor, Hank Pym (Michael Douglas), and his daughter, Hope Van Dyne (Evangeline Lilly), are both in hiding from the authorities, working on a new project to save Hank's wife (and Hope's mother), Janet Van Dyne (Michelle Pfieffer) from the Quantum Realm, where she was trapped 30 years before after shrinking down too far.

But someone else is also seeking the same technology sought by Pym and Van Dyne - someone who has been phasing in and out of the Quantum Realm since childhood, and will do anything it takes to steam Pym's inventions and stop them from rescuing Janet in order to save her own life. So Scott gets called back into action as Ant-Man once again, but his adventure could cost him his freedom, and possibly even more.

Director Peyton Reed retains the light touch evident in the original, making Ant-Man and the Wasp a clever and breezy adventure. While nothing can top the climactic battle atop a Thomas the Tank Engine playset from the original film, the car chase near the end of the film featuring a giant Pez dispenser is a lot of fun. The problem is that it has quite a few pacing issues, cutting narrative corners in the name of storytelling economy but sacrificing a natural flow. Scenes often abruptly cut away from harrowing moments only to show the characters totally safe a split second later. It's often jarring, and makes the film feel strangely off-kilter.

On the other hand, Evangeline Lilly really comes into her own as The Wasp, actually becoming a more interesting hero than Ant-Man, and the film's villain joins Black Panther's Killmonger and Infinity War's Thanos as sympathetic villains with understandable, if misguided, goals. The now requisite end-credits stinger also explains where our heroes are during Thanos' purge at the end of Infinity War, and sets up some major questions for that film's as-yet-untitled sequel.

Marvel's 10th year has been a banner year for the studio. While Ant-Man and the Wasp  may not quite stack up to the rest of their 2018 output, it nevertheless offers a brief and entertaining respite from the seriousness that has dominated its more recent films. While it might not satisfy fans looking for more definitive clues as to the future of the franchise, it serves as a nice lighthearted breather before what promises to be an epic and potentially devastating finale for the most recent phase of films.