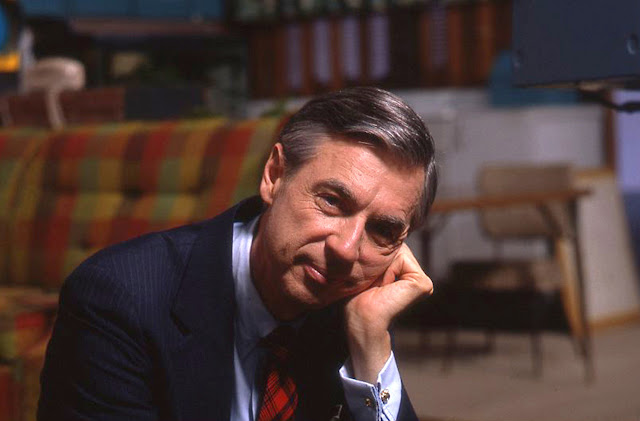 We live in volatile times. Everywhere you turn, it seems as if anger, hatred, and divisiveness are the order of the day, the art of kindness having seemingly been forgotten by the world at large. Morgan Neville's new documentary, Won't You Be My Neighbor boldly steps into this fraught political landscape as a film that almost seems defiantly out of step. Its subject? Fred Rogers - the iconic PBS television show host who headlined "Mister Rogers' Neighborhood" from 1968-2001. 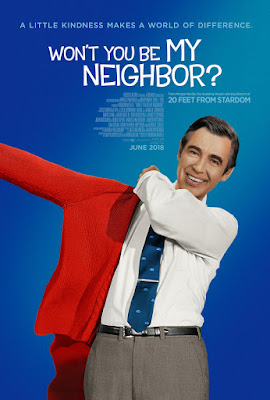 During the course of his more than 30 year run, Mr. Rogers was a constant, reassuring presence on public television, teaching children about everything from sharing and make believe to divorce and death. With his kindly demeanor and warm countenance, Mr. Rogers seemed to reach through the television set, comforting childhood fears and assuring us that we were just the way we were.

Won't You Be My Neighbor? traces the evolution of the show from its inauspicious debut in 1968 until Rogers' death in 2003. It presents the show as a quietly radical expression of childhood anxieties that went against the grain of most popular culture, eschewing the slapstick and fast pace of most children's programming. It also takes a look at Mr. Rogers the man,  who has for years been the subject of rumors about a shadowy past life as a deadly Navy SEAL who wore his trademarked sweaters to cover his many tattoos, was in fact the mild-mannered, kindhearted figure he played on television. Through interviews with friends, family, and colleagues, Neville presents a deeply moving portrait of a man for whom kindness wasn't just a virtue, it was a way of life - a man who loved generously and gave it unconditionally. Even near the end of the film, when conservative media turns on the ordained Presbyterian minister and lifelong Republican for teaching us all that we are special, Neville gently reminds us that Rogers' belief that we are all worthy of love is a deeply Christ-like teaching, that even though his show was not overtly religious, it showed how Mr. Rogers walked the walk rather than talking the talk.

Won't You Be My Neighbor? feels like much needed antidote to our uncivil times. This isn't a film just about being nice, it's a film about love, and the true value of showing love even to those we don't believe deserve it. While I'm under no illusions that this film will somehow fix all that ails us, one can't help but feel that if more people went to see this film, we'd all look at the world a little differently. This is a truly moving film, a work of profound beauty that exalts the best in all of us by examining the life of a man who truly embodied the best of what humanity could be. At a time where hate and animus are rampant, Won't You Be My Neighbor? is a tender reminder of just how lucky we are to have had a neighbor like Mr. Rogers.


WON'T YOU BE MY NEIGHBOR | Directed by Morgan Neville | Rated PG-13 for some thematic elements and language | Now playing in select theaters.