Review | "The Strange Color of Your Body's Tears" 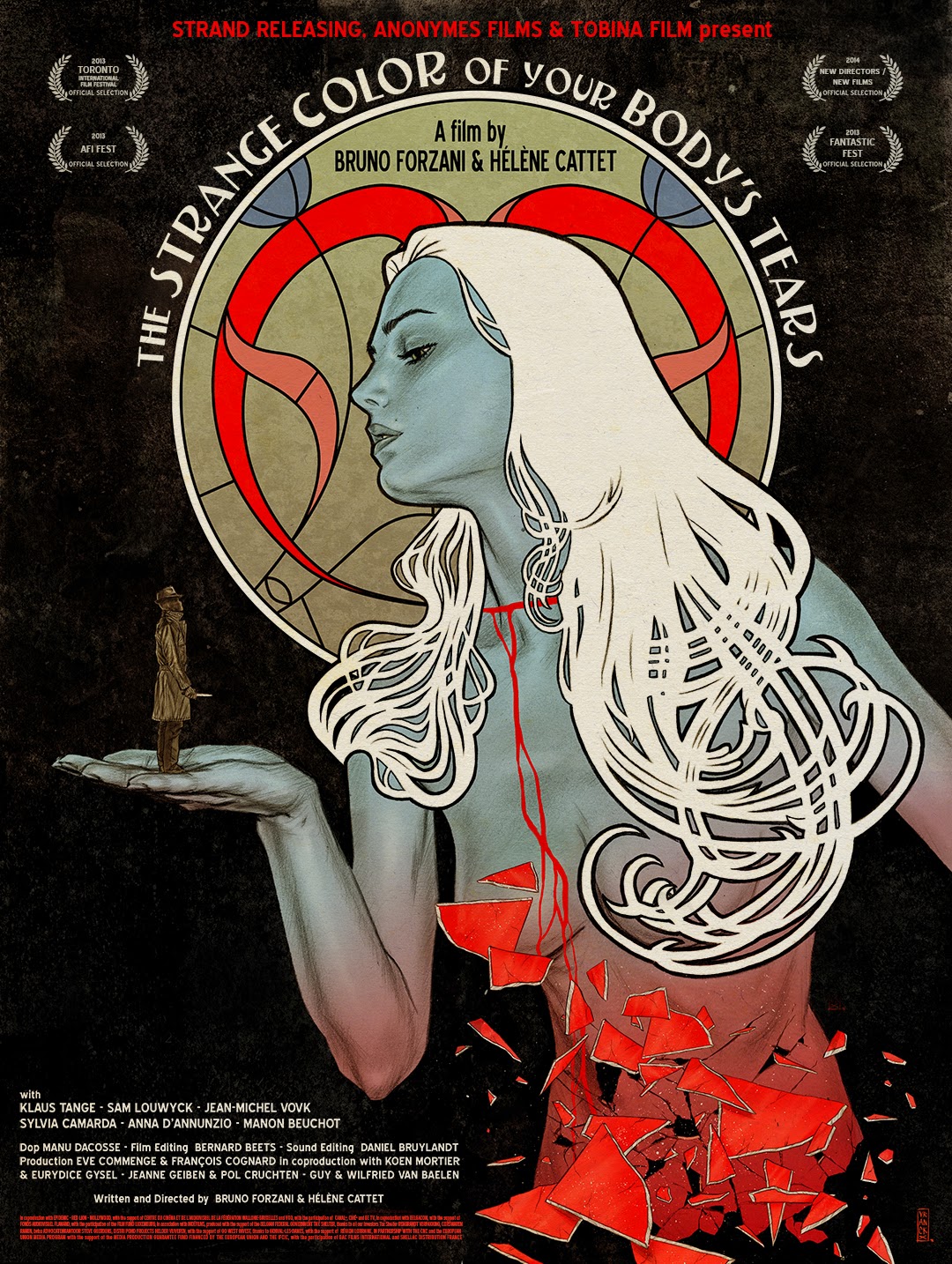 As someone who was impressed by Hélène Cattet and Bruno Forzani's last feature film, Amer (they also collaborated on the O is for Orgasm segment of the horror anthology The ABCs of Death last year), I was deeply disappointed by the comparative aimlessness of their follow-up, The Strange Color of Your Body's Tears.

Continuing to pay homage the Italian giallo horror films of the 1970s, The Strange Color of Your Body's Tears seems more like an exercise in Theatre of Cruelty than anything else. It's an almost self-consciously avant-garde work, relying on split screen, sped up imagery, and frequent repetition to create its atmosphere of madness. But what they achieve here seems to push the boundaries of surrealism into dadaism. In other words, pure meaninglessness.

What I love so much about surrealism is that it seeks to recreate the feeling of being in a dream, where logic no longer applies and anything is possible. Dada was anti-art, anti, well, pretty much everything. It purposefully defied all interpretation because life, according to the dadaists, was meaningless.

In Amer, the surrealism served to suggest the horror of a young woman's discovery of her own sexuality. In The Strange Color of Your Body's Tears, the goal is similar, but far more disjointed. The film centers around a man's frantic search for his missing wife. As in Amer, plot matters very little in the face of symbolic imagery and atmosphere, but here Cattet and Forzani seem intent on punishing the audience, something very much akin to infamous playwright Antonin Artaud's theories on Theatre of Cruelty. Artaud sought to jar the audience, to rub their faces in the ugliness of humanity, often using loud noises, flashing lights, and naked bodies writing on a stage showcasing horrific acts. He even wrote the 1928 silent short film, The Seashell and the Clergyman, a film that clearly served as an inspiration for many of this film's avant-garde tropes.

But therein lies the biggest problem with The Strange Color of Your Body's Tears - it's almost too beholden to its own inspirations. In Amer, Cattet and Forzani used the almost nonsensical style of Italian giallo filmmakers such as Lucio Fulci and Mario Bava to tell a unique and disturbing tale of psychosexual awakening. Here, all of that seems to get lost in a mishmash of styles that never add up.  It's almost as if they are trying too hard. You could say the same for some of the avant-garde affectations of The Seashell and the Clergyman, but in 1928 Germaine Dulac was still exploring and pushing the bounds of cinema. The Strange Color of Your Body's Tears, on the other hand, seems trapped in its own style, more concerned with its stylistic elements than its perfunctory lip-service to psychological depth. Whereas Amer felt effortless, this feels ponderous; an aimless doodle where film school affectations are mistaken for actual depth, a modern day piece of avant-garde standing in the shadow of masters.