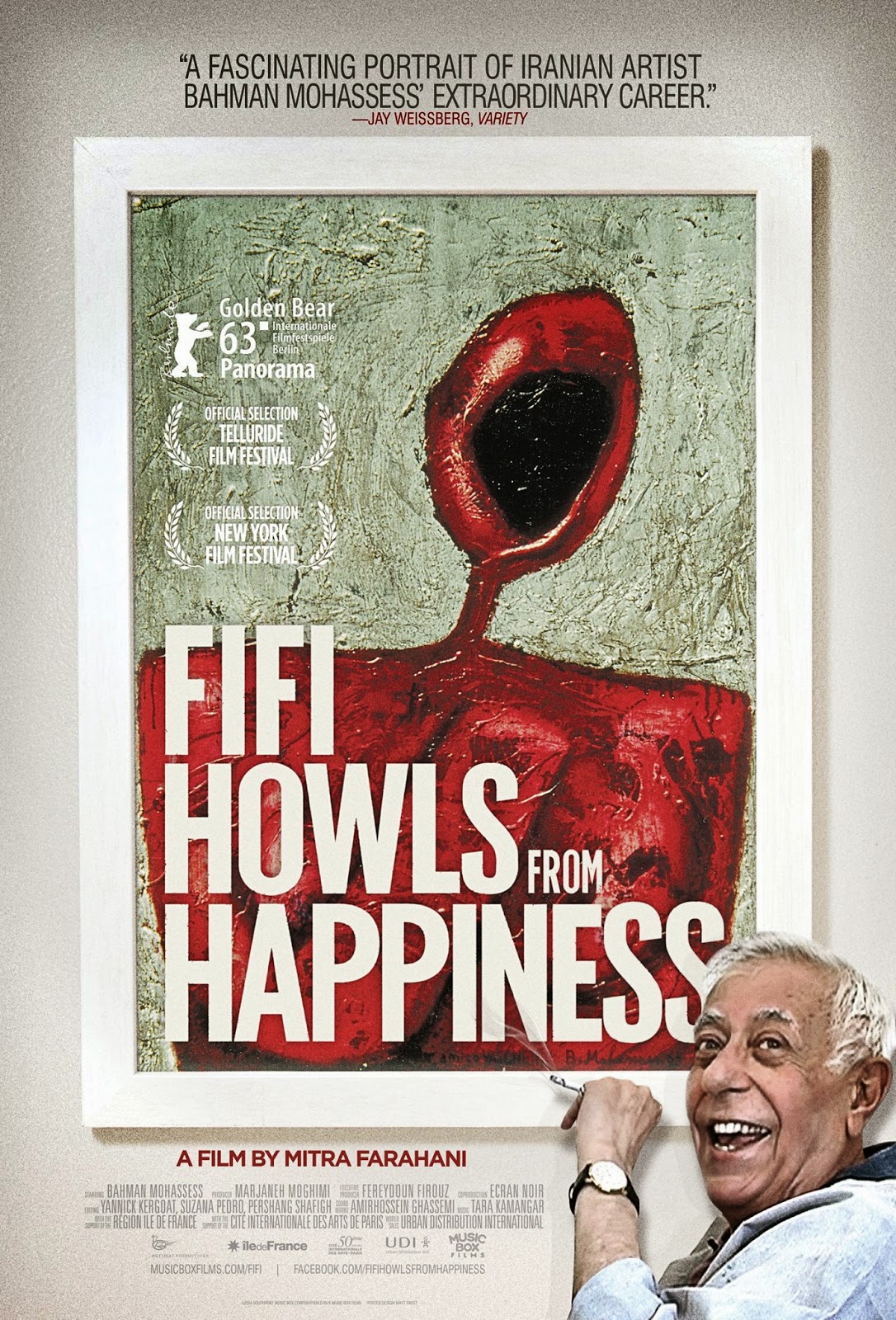 There is something indescribably beautiful about Mitra Farahani's documentary about famed Iranian artist, Bahman Mohassess.

Mohassess may not be a household name, especially for those in the United States or those outside the artistic community, but his reputation as the "Persian Picasso" and somewhat mysterious nature have made him an almost larger than life figure, an enigma of epic proportions, a kind of Iranian J.D. Salinger with a paintbrush.

For years he seemed lost to time, having fled Iran after the controversial nature of his work and his own homosexuality became a liability after the fall of the Shah and the rise of the Ayatollah. What pieces of his aren't weren't destroyed by Iranian authorities became prized by collectors, with nothing new released for many years. That is until Farahani tracked him down to Italy, where he had been living a quiet life in a small apartment, away from a world that no longer interested him.

Mohassess, it turns out, had destroyed more of his own work than even the Iranian authorities, disgusted with the world around him  and its ever increasing cruelty and hypocrisy. Farahani befriends Mohassess, and through her we discover a truly fascinating man with a  unique worldview. A gay man himself, Mohassess rejects the gay rights movement and same sex marriage, claiming that they took away from the forbidden mystique that had once people like him and Leonardo Da Vinci apart. It's that strange blend of self aggrandizement and humility that make him such a singular figure. Mohassess takes us on a tour of his work throughout the years, most of which exist now only in photographs, each one revealing more about the artist and the world in which it was created.

We never really leave the confines of his tiny apartment, and even he admits that might make for a boring, if truthful, film. But Fifi Howls From Happiness is anything but. Named for Mahassess' most favorite of his paintings, the film is an engaging and deeply moving exploration an artist's last days, one who is taking stock of a life while preparing to paint one final masterpiece. Mohassess is an intriguing and caustic figure, instantly beguiling and mysterious, who exults great influence over all those around him, including the film being made about him.

Farahani directs with a kind of lyrical grace, turning that little Roman apartment into an artistic treasure trove. But at it's core, Fifi Howls From Happiness is a great tragedy, mourning for the loss of hundreds of works of art that can never be replaced. Even Mohassess, faced with painting one last work, seems daunted by the task of returning to his easel, dwarfed by an unreachable persona he himself created that now belongs to the ages. It is telling that Farahani chose to end her film with Mozart's "Requiem" long before Mohassess passed away in 2010 before filming was completed. The film serves as an elegiac tribute not only to Mohassess' work, but to all art, being destroyed and replaced by something new, shiny, and ultimately vapid.

To further illustrate this point, Farahani uses clips from Luchino Visconti's masterpiece, The Leopard, a film about the fading upper crust of Italy. In the film, Burt Lancaster's Prince Salina says "We were the leopards, the lions, those who take our place will be jackals and sheep." Bahman Mohassess was a giant, a strange and wholly original man who is known by far too few. That is the great tragedy of Fifi Howls With Happiness - can there ever be room again for filet mignon in a completely fast food culture? Yet Farahani finds both joy and despair within those walls, reintroducing a great man to w world that still may not understand. This an extraordinarily singular work about an extraordinary man, both elegiac and rapturous; a film befitting a true leopard.