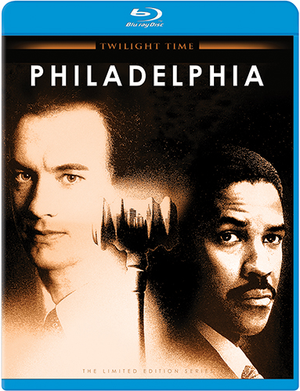 After angering some in the LGBT community for the portrayal of serial killer Buffalo Bill as a troubled transsexual in The Silence of the Lambs, director Jonathan Demme followed up his Oscar winning masterpiece with Philadelphia (1993), the story of a hotshot young lawyer (Tom Hanks, in his first Oscar winning role) who is fired from his law firm after it is discovered that he has AIDS. After finding no one to take his case, he finally hires a homophobic ambulance chaser (Denzel Washington) to sue his former employers. Reluctant to help someone whose lifestyle he is disgusted by, Washington still recognizes the discrimination leveled against Hanks, and through their collaboration learns to see the world through different eyes as they face mounting prejudice in their quest for justice.

Some see Philadelphia as a kind of apology to the gay community for The Silence of the Lambs. While I don’t think any apology was necessary, the fact remains that Philadelphia was the first major Hollywood film to tackle the AIDS crisis, which had been raging for a decade by the time the film was released. What is more interesting to me, however, from a cinematic standpoint, is how much the film is a stylistic extension of Silence. Both films were photographed by the great Tak Fujimoto, making great use of close ups in which the characters look into the camera as if looking directly at the audience. Here, however, the close-ups serve an entirely different purpose than they served in Silence. In that film they were designed to make the audience uncomfortable, pulling in closer and closer to Hannibal Lecter’s face as if the bogeyman himself were about to reach through the screen and bite off your tongue. 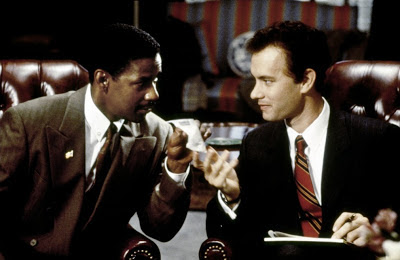 In Philadelphia, Demme puts the audience in the courtroom as the jury in a trial where the “gay panic” defense is used as a legitimate weapon against the plaintiff, and homophobia is commonplace and even accepted. Demme implicates us, the audience, at a time when such things were perfectly acceptable in the public square, when homosexuality was still something of a taboo, and AIDS was a kind of scarlet letter, a death sentence that had claimed the lives of countless thousands.

In their own way, Philadephia’s close-ups serve to make us just as uncomfortable in The Silence of the Lambs, but in a completely different way. Philadelphia is a much more humanistic film than Silence, an optimistic film that takes a pretty standard courtroom drama structure and makes it into something gripping and ultimately moving. It’s a bit more conventional than Silence, but it boasts some terrific performances and Bruce Springsteen’s Oscar winning song, “Streets of Philadelphia.” 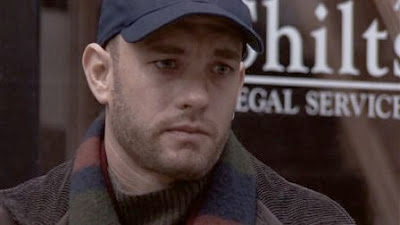 The new limited edition Blu-ray release from Twilight Time is a great package. Their releases may be limited to only 3,000 copies each, but this one is well worth picking up for fans of the film and its stars. This is no slapdash, rushed release. The picture quality is superb, so much so that it almost looks brand new. The disc is also packed with extras, including an insert featuring an essay by Julie Kirgo that puts the film in its proper historical perspective, something I always appreciate in releases of older films. Twilight Time isn’t merely throwing archive titles onto disc just for the sake of saying the films are on Blu-ray. They clearly care about the films they’re releasing, and it shows.

Philadelphia is an important film not just from a cinematic perspective, but from a cultural one, bringing the AIDS crisis to the masses in a deeply human way, confronting and dispelling prejudices and misconceptions with major stars at a time when Philadelphia bravely blazed a trail, while reminding of a heartbreaking struggle with both strength and honor, and will make a fine addition to any Blu-ray collection.

such things could have been box office poison. It wasn’t, at it turned out, and it opened the door for other films to deal with similar topics for wide audiences. We may take such things for granted now, but there was a time in the not so distant past when these things were only discussed in hushed tones and treated with revulsion and disrespect.