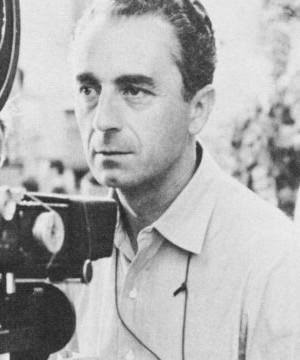 Italian director Michelangelo Antonioni, who became an icon of arthouse cinema with films such as "L'avventura" and "Blowup," died Monday in Rome. He was 94.

The enigmatic British-made drama "Blowup" (1966) took the Palme d'Or in Cannes, was Oscar-nommed for director and original screenplay and became a surprise international hit.

A striking visual stylist who excelled at depicting the alienation of modern life through sparse dialogue and long takes, Antonioni enjoyed a greater following with critics and intellectuals than with general audiences. Along with Federico Fellini, he helped turn postwar Italian film away from neorealism and toward a personal cinema of imagination.

Cinema has lost two masters this week, with Ingmar Bergman and Antonioni passing away on the very same day. It is a tragic week for the art of film. These two men have created some of the art forms most enduring masterpieces, and through their work, their spirit will live on.
Email Post