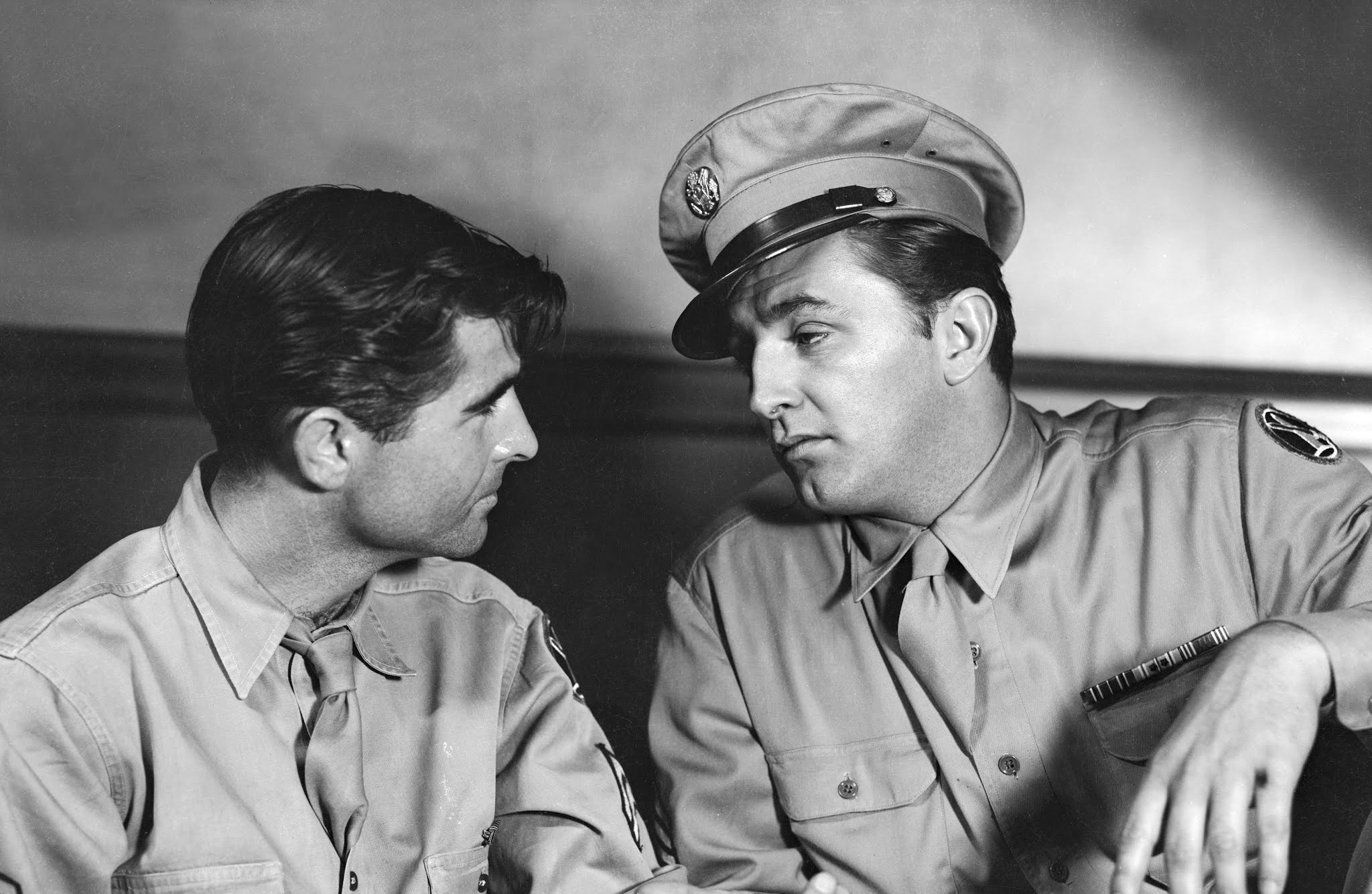 Antisemitism was not a topic often covered in Hollywood films in 1947. Even in the wake of WWII, the topic of racism was often treated in hushed tones and implications, such as in John Huston's 1942 film, In This Our Life, in which Bette Davis blames her own hit and run on a black man in order to escape justice, one of the earliest films to illustrate weaponized white privilege, albeit without ever mentioning the word "racism." Ten years earlier, Warner Brothers, wary of distribution in Hitler's Germany, stripped its Oscar winning Best Picture, The Life of Emile Zola of any mention of antisemitism in the Dreyfuss Affair, reframing Alfred Dreyfuss as simply a fall guy who was in the wrong place at the wrong time, rather than a man targeted for being Jewish.

Fast forward a decade to 1947, when Warner Bros. released Crossfire, a  film noir mystery about the murder of a young soldier who became the target of an intensely antisemitic officer. Adapted from the novel by Richard Brooks, Crossfire doesn't bury bigotry in the subtext, instead tackling it head-on and acknowledging the officer's hateful motives in no uncertain terms. It begins subtly, with Robert Young's hard boiled detective picking up on phrases such as "guys like that," and snide comments about the soldier's heritage as he searches for his murderer. Director Edward Dmytryk treats antisemitism not unlike the way Spielberg treats the shark in Jaws, an unseen threat circling the periphery of the film before its big reveal, and the impact feels like an earthquake. It's not a gimmick, it's an incisive portrait of how bigotry is treated with a wink and a smile by those in the know, how its ideology is assumed by those who subscribe to it, weaseling its way almost unnoticed into our most respected institutions. Like the best noirs, Crossfire makes great use of shadow (filming the opening murder entirely in silhouette to hide the killer's identity), and was ultimately rewarded with five Oscar nominations, including Best Picture, Best Director, Best Supporting Actor (Robert Ryan), and Best Supporting Actress for Gloria Grahame's sharp turn as a haunted bar girl. The film would ultimately lose Best Picture to Gentleman's Agreement, which also tackled antisemitism in a new, post-WWII awareness, but with a glossier Hollywood treatment than Dmytryk's gritty noir. 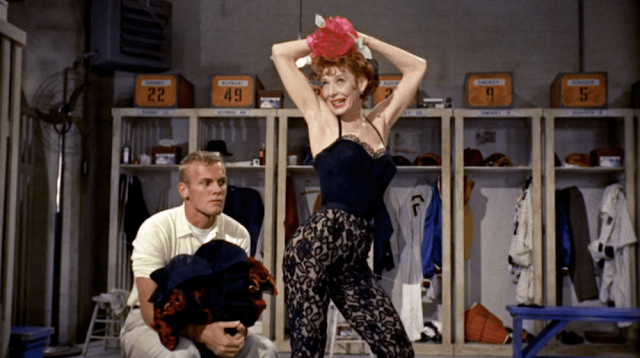 Whatever Lola wants, Lola gets, and if Lola ordered a pristine new Blu-Ray transfer of her legendary musical, Damn Yankees, then this new release from Warner Archive is just what the doctor ordered. Directed by Staney Donen (Singin' in the Rain) and George Abbott (who helmed the original Broadway stage production), Damn Yankees tells the story of a middle aged real estate broker who makes a deal with the devil to become the world's greatest baseball player to help his beloved Washington Nationals to victory. The catch? He gets turned into his younger self and must leave his old life, and his beloved wife, behind.

Faithfully adapted from the Broadway musical with much of its original cast intact (save for up and coming Warner star, Tab Hunter), including Gwen Verdon as Lola and Ray Walston as the devilish Mr. Applegate, Damn Yankees is classic Hollywood entertainment with a toe-tapping score and consistent amiability that makes it hard to resist. While the film's proscenium blocking keeps it from from reaching the heights of Donen's Singin' in the Rain, Bob Fosse's choreography is allowed to unfold organically with minimal directorial interference, making it a kind of Broadway artifact, translated nearly verbatim (minus a couple of songs reportedly out of Hunter's range) to the screen. Fosse himself even makes a rare appearance in the film's signature number, "Who's Got the Pain," alongside is muse and future wife, Verdon. The film's Technicolor cinematography really pops on Warner Archive's new Blu-Ray, and while the disc is pretty bare bones (with no special features), it's the best this film has ever looked, making it a must own for fans of Broadway musicals and classic Hollywood alike. 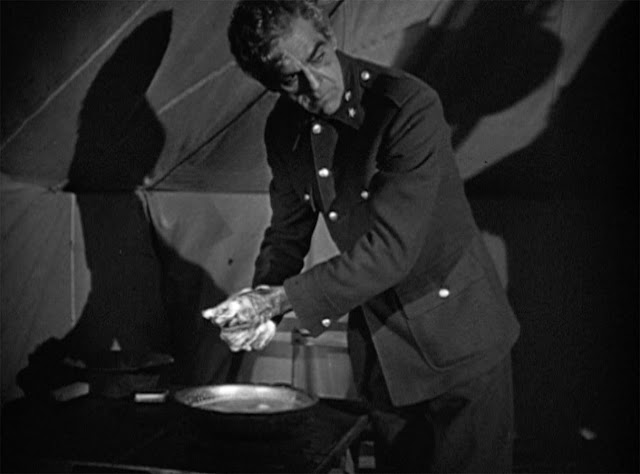 Val Lewton is, perhaps, one of the greatest forces in horror cinema, yet he is rarely given his due. Acting as a producer on B pictures throughout the 1940s and 50s, Lewton was given a series of lurid titles and given free reign to crank out whatever product he could. The results were some of the most psychologically astute and beautifully filmed horror pictures of their time, from Cat People to I Walked with a Zombie to The Leopard Man, Lewton took material that should have been little more than quota quickies and turned them into eerie meditations on life and death.

Some of his most indelible work was done with Boris Karloff, including The Body Snatcher (1945), Bedlam (1946), and 1945's Isle of the Dead, a supernatural horror film starring Karloff in which, true to Lewton form, the real horror isn't so supernatural after all. Karloff stars as General Pherides, a Greek military man who visits a lonely island to visit the grave of his late wife, only to find it overrun with a mysterious plague, which he attributes to the presence of a kind of vampire, and vows to track her down. What follows is a haunted and shockingly timely exploration of grief that becomes a terrifying descent into madness, grounded by a knockout performance by Karloff at its center, as a man coming unravelled by fear of his own making. It's a moody and riveting piece of psychological horror that has been lovingly restored to near pristine quality. It's a hidden gem from both the career of Karloff and Lewton that, in the age of COVID, stands ripe for rediscovery.