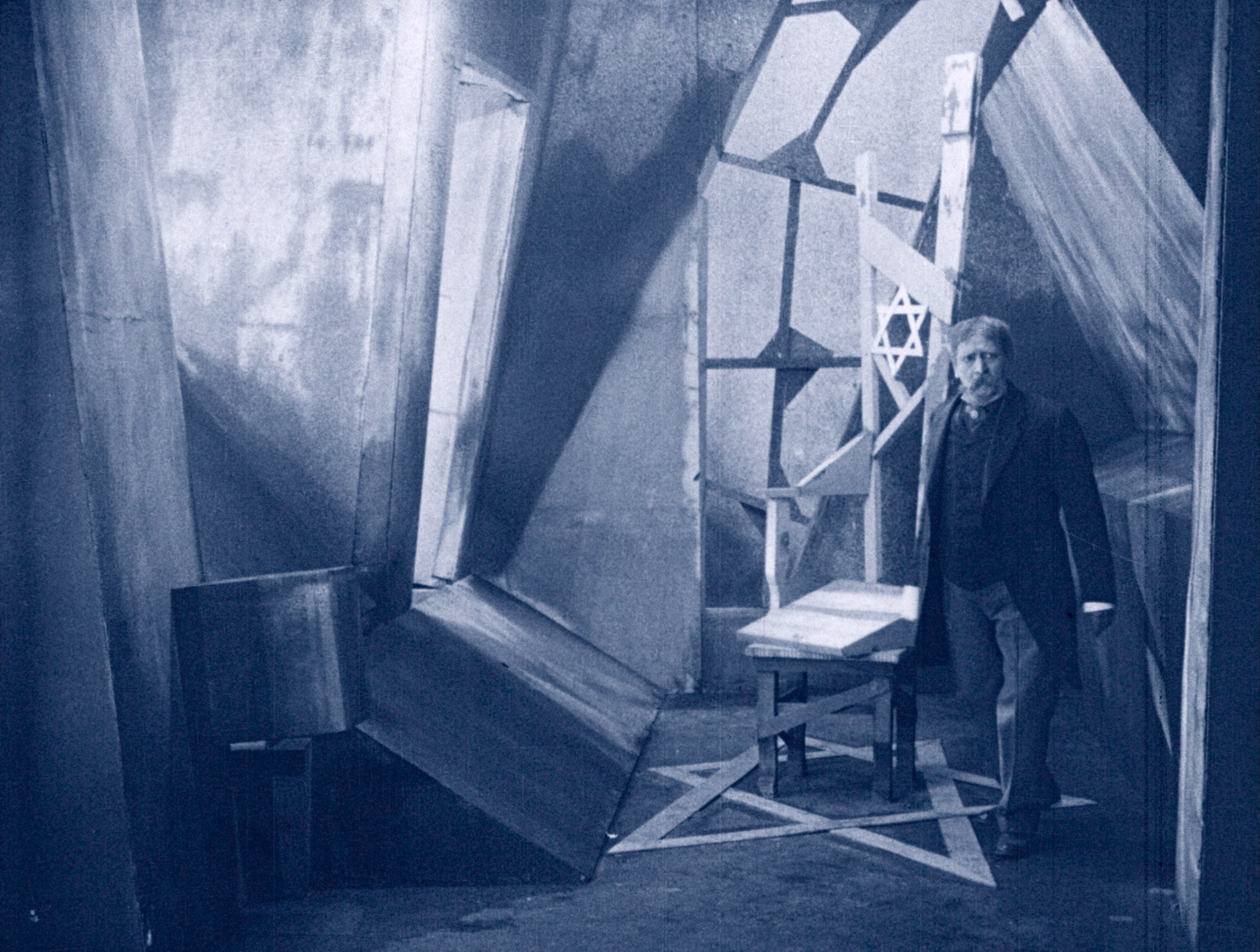 H.K. Breslauer's The City Without Jews premiered in 1924 with little fanfare and to even less acclaim. An adaptation of the novel of the same name by Hugo Bettauer, the film was a quietly angry condemnation of anti-Semitic sentiment brewing in Austria, and a stark warning about the effects of encoding anti-Semitism in to law. But while the film proved popular (despite notoriously poor-quality prints due to the rushed nature of its premiere), Bettauer was attacked a few months after the premiere, and ultimately murdered a year later by a Nazi, and the film fell into obscurity. It's last known exhibition was in 1933 in Amsterdam, organized as a condemnation of Hitler's Nazi party. 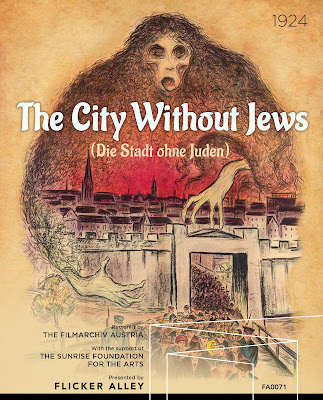 It wasn't until 2015 that a complete print of the film was discovered in a Parisian flea market, and subsequently restored via a crowdfunding campaign by the Filmarchiv Austria, at long last making its home video debut from Flicker Alley. The City Without Jews is something of a revelation, a small scale allegory set in the fictional country of Utopia, which is in the throes of an economic crisis. Looking for a scapegoat for their woes, the people blames the city's Jewish population, and the Chancellor (Eugen Neufeld) is persuaded by an unscrupulous Councilor (Hans Moser) to expel the Jews from Utopia. However, once the Jews are gone, the country falls into even deeper economic ruin. Cut off from the rest of the world, the Chancellor looks for a way out, which is eventually presented to him by a young Jewish man (Johannes Riesmann) whose Gentile wife still lives within the city walls. He returns to the city in disguise with a plan to save Utopia,  and return the exiled Jews to their rightful homes.

While the film comes to a somewhat easy conclusion - its upbeat  ending somewhat at odds with the prevailing winds of the era, a fact that is all-too-clear in retrospect. But you have to respect its desire to curb rising anti-Semetic sentiment of the time by warning of the dangers of anti-Semitism (even if its argument is more from a financial standpoint than a moral one). Some have criticized the film for itself relying on anti-Semitic tropes of conniving Jews in its portrayal of the hero's rather underhanded plan to distract the Councilor and lobby the Chancellor (a controversy well-chronicled in the Blu-Ray's comprehensive liner notes), but to modern eyes this comes across as a fairly standard plot device.

In fact, much of the film is a pretty standard affair, making it less of a long lost revelation and more of a historical curio. Still, its touches of German Expressionist inspiration and topical boldness make it a must-watch for silent film enthusiasts. That it resurfaced on the cusp of the Trump era is something of a chilling bit of serendipity, as so many of its depictions of anti-Semitic propaganda and demonization of "foreigners" for the country's economic problems ring frighteningly close to the anti-immigrant rhetoric of the modern Republican Party. Seeing it so boldly laid out in 1924 really hammers home just how dangerous and volatile our current situation is. Flicker Alley's Blu-Ray presentation is impeccable as always, reinforcing their status as one of the top tier (and oft overlooked) speciality home video distributors. From the lovely transfer to the exhaustive liner notes and special features, Flicker Alley continues to impress by releasing fascinating rarities in deluxe editions that wouldn't have otherwise seen the light of day.