The would-be savior of cinema turned sacrificial lamb to the COVID-19 pandemic, Christopher Nolan's Tenet was at one time set to draw audiences back to theaters after months of lockdown and quarantine. Instead, its anemic box office proven to be a warning to gun-shy movie studios, who promptly withdrew most of their remaining blockbuster titles from the 2020 calendar, effectively shuttering cinemas for the remainder of the year. 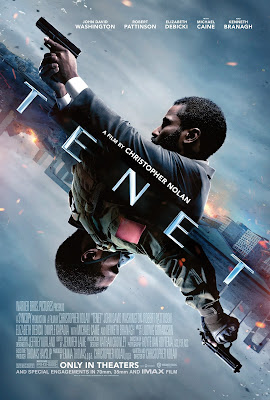 There's a certain irony in Nolan, whose purist views of the cinematic experience and devotion to 35mm film borders on the fanatical, unwittingly becoming the fourth horseman of the cinematic apocalypse, yet despite the fact that Tenet was released to mostly empty multiplexes across America in the middle of a global pandemic, its still something of a fascinating mess. Despite its scale, it isn't difficult to imagine Tenet underperforming at the box office even if everything were normal. It's a twisty, galaxy brained Nolan joint in the vein of Inception and Interstellar, but it's also surprisingly insular, featuring a convoluted time traveling plot that feels more obfuscating than cerebral. Nolan has often excelled at turning mind-bending concepts into accessible mass entertainments, but Tenet's refusal to adhere to its own internal logic feels mind-blowing and more sloppily constructed.

The plot, which centers around a CIA agent's (John David Washington) attempts to thwart an international plot involving "inverted" weaponry that moves backward through time, distributed by a Russian arms dealer (Kenneth Branagh) working with an unknown force from the future, is fairly straightforward. But once the characters start moving both backwards and forwards through time, often simultaneously, Nolan's weaknesses as an action director become painfully clear. Make no mistake, Tenet is an often electrifying grand scale thriller that tackles bold structural concepts, but its execution is a decidedly mixed bag. When this thing works, it really works, but when it doesn't it's borderline incoherent.

Yet despite its flaws, Tenet is nothing if not fascinating, and Nolan's go-for-broke gamble of having two planes of action moving in different directions through time is riveting (harkening back to his breakout film, Memento), even if it isn't always cohesive. The thundering score by Ludwig Göransson takes center stage in the film's overwhelming sonic landscape, and is responsible for many of Tenet's most jaw-dropping moments. And despite many reports of "humorlessness," the film is often quite funny, trafficking in a droll kind of "blink and you'll miss it" humor that offers a welcome respite from the film's grim sense of weight. And while the threads Nolan weaves don't always successfully connect, the grandiosity of his vision is hard to shake. Tenet takes risks; they don't always pay off, but for those who have been able to experience it in a theater, it offers a return to a kind of big screen magic that home movie viewing just can't replicate. That it ultimately bites off more than it can chew is almost beside the point, but even in its imperfections Tenet is the kind of risky, unwieldy mainstream entertainment that we rarely see anymore in a time of increasing artistic homogenization. Is it the savior of cinema? No. But it's a good reminder of what we stand to lose.