Review | "The Duke of Burgundy" 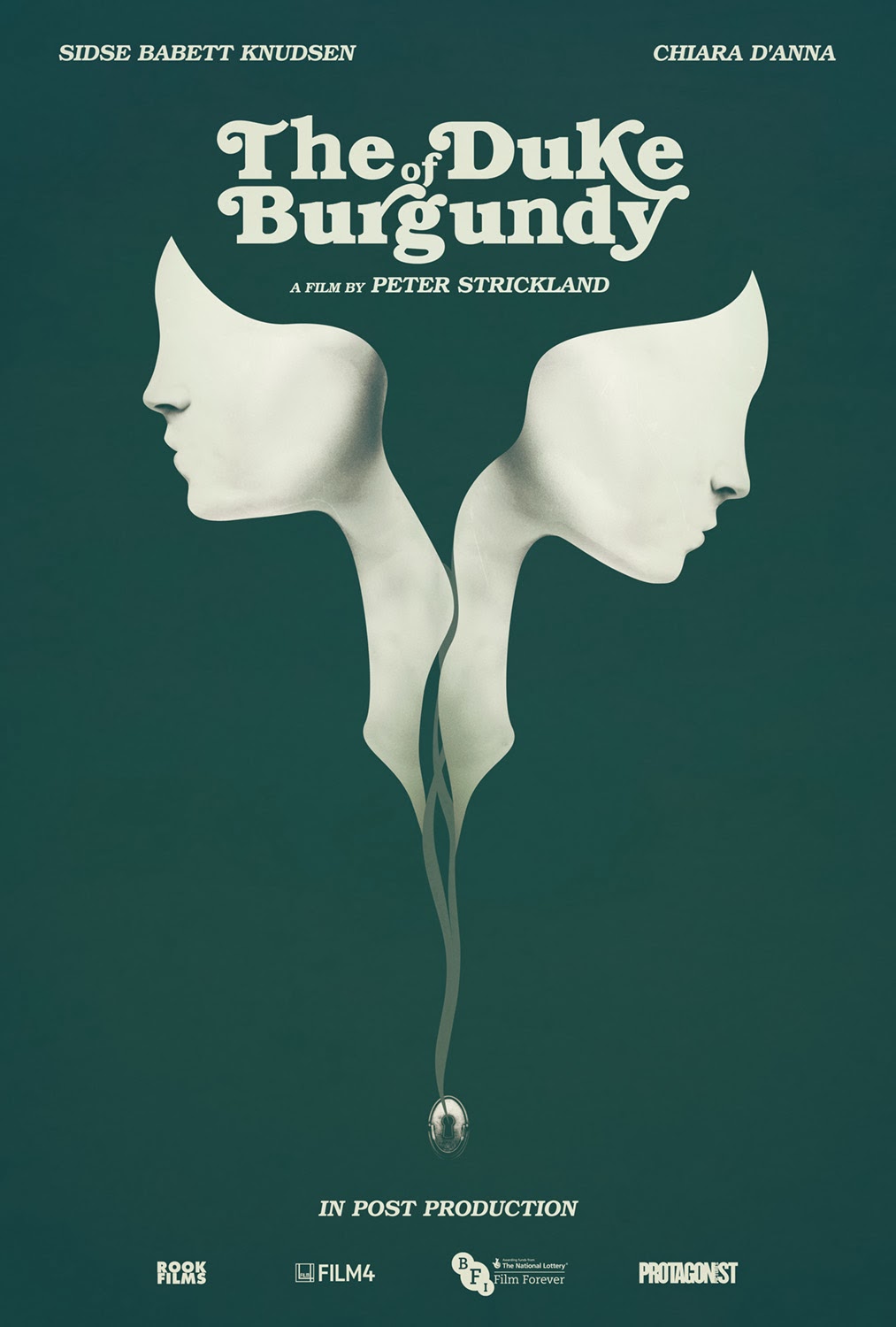 While mainstream audiences are likely to flock to Fifty Shades of Grey on Valentine's Day, this year, the thinking man's superior alternative is currently playing in limited release in select cities.

Strickland isn't interested in the sexuality of their relationship, in fact there is no nudity at all anywhere in the film. It feels surprisingly non-exploitative given the subject matter. For a film this bold and gutsy, it's unexpectedly tender and measured in its depictions of sadomasochism.

Evelyn (Chiara D'Anna), the younger of the two women is the submissive in the relationship, slave to the objectified whims of her dominant, the schoolmarm-like dominatrix, Cynthia (Sidse Babett Knudsen). Their lives are filled with role playing, a series of commands, tasks, and punishments punctuated by moments of real intimacy when the games are over. Or at least that's the way it seems on the surface. Outside their world of S&;M, Cynthia is a mild mannered naturalist who spends her time studying butterflies and moths, while Evelyn spends her days planning ever more elaborate role playing games and punishments for Cynthia to dole out to her, essentially directing her own domination.

Which begs the question; who is the real dominant here? As Cynthia longs for a more loving, more traditional relationships, Evelyn's demands become more and more extreme, causing Cynthia to become more and more disconnected. It's a riveting and remarkable character study that culminates in a moment of such erotic emotional power that the performance that the performances by Knudsen and D'Anna seem to shake the very ground they stand on. Knudsen's performance is especially affecting, reflecting both deep pain and deep love in a performance of great power and grace as she transitions between the woman she really is and the woman her lover is forcing her to be.

Fifty Shades of Grey has come under fire for being misogynist, a strange criticism given that it was both written and directed by women. But The Duke of Burgundy is the very definition of a feminist film. Featuring a cast of entirely made up of women, there is nary a man in sight with a speaking role. Strickland chooses instead to focus on women, their feelings, their desires, their faces, and ultimately, their sexuality. There hasn't been a film in recent memory to so thoroughly focus on female sexuality, especially two women who really take control of their own pleasure, and don't need men to do it for them. Yet that control is what makes this film so fascinating. Strickland confronts us with questions of sexual power, asking whether we really ever know who is really in control. Do love and desire truly intertwine? Can love built on unequal power truly last?

For a film about sexuality, sex is almost beside the point. Strickland is more interested in sex as power, and by taking men completely out of the equation, he delivers something almost unheard of in modern cinema. The Duke of Burgundy feels like something from another era (Strickland was clearly influenced by Luis Bunuel's Belle de Jour), Strickland's directorial style feels both timeless and innovative, aesthetically thrilling and psychologically daring. It plays with our expectations, of character, of relationships, of sexuality, and gives us a thriller of surprising and unusual depth. There are many layers at work here in The Duke of Burgundy, each more gripping and exciting to contemplate than the last, as it deftly deconstructs the endlessly complex nature of love.