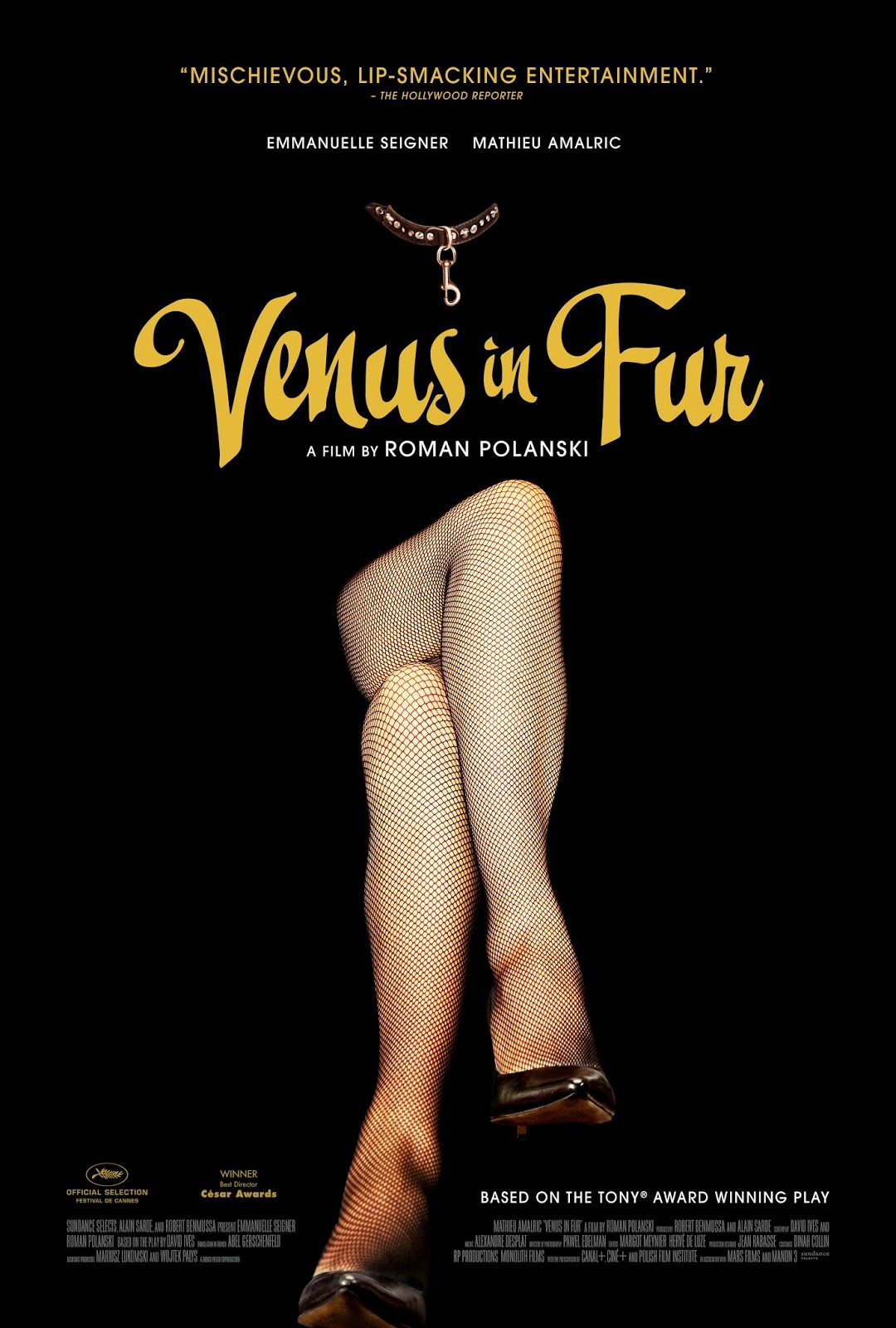 Based on the play by David Ives, which in turn was based on Leopold von Sacher-Masoch’s novel of the same name, from which the term 'masochism' draws its name, Venus in Fur is a small, self contained film, featuring only two characters in one room, that absolutely crackles with erotic energy. Thomas (Mathieu Amalric) is a renowned theatre director getting ready to stage his own adaptation of Sacher-Masoch's work on the stage, but has been unsuccessful in finding his female lead. He is on the verge of giving up, when the seemingly frazzled and flighty Vanda waltzes into the theatre late, demanding to be auditioned.

He is reluctant at first, then begrudgingly allows her to perform, if only to shut her up. He is shocked, then, to find out that she is actually talented, and he agrees to read the role of the submissive male protagonist. What ensues is a fascinating sadomasochistic tete-a-tete that explores ideas of power and sexual dynamics as the line between fantasy and reality, theatre and real life become increasingly blurred. There are times when it becomes almost impossible to tell when the characters are in character and when they deviate from the script into their own true selves. It is reminiscent of Abbas Kiarostami's Certified Copy, and while it never quite reaches the same heights as that film, Venus in Fur is still a sly and engaging film that is sensual and sexy without ever being overtly explicit.

Polanksi suggests rather than shows, which makes for a far more alluring experience. The limited space betrays its theatrical roots, but Polanski adds a new more cinematic dimension in its transition to the screen by exploring exploring the relationship between performers and audiences, manipulating our own perceptions as the line between the world of the play and the world of the film become increasingly blurred. Mimed actions and objects suddenly become more tangible by adding sound effects, allowing the audience to accept the artificiality of its central construct, getting lost in a world where we can no longer tell the difference between what is real life and what isn't.

That's what makes up the real core of Venus in Fur. It isn't a film so much about sexual gratification as it is about power, of a feminine reclaiming of objectification by a patriarchal society by turning the tables against the source of their oppression, even if the oppressor doesn't even realize he's being oppressive. Even as the two of them switch roles, Vanda still retains power, and Thomas finds himself willfully submitting to the woman he calls goddess - his Venus. It's interesting to watch how the roles play out, even as they constantly ebb and flow, exploring sexuality as well as theatrical artifice in increasingly clever ways.

It may feel a bit sterile at times, but it's always engaging, thanks mainly to the riveting performances of Seigner (Polanski's real life spouse) and Amalric, who bring a fire to the screen that keeps the film crackling. It's an erotic firecracker of a movie; at once coy and vivacious, fascinating and mysterious. The 80 year old Polanski feels nimble and rejuvenated here, a master director who, while maybe not at the top of his game, is still displaying more verve and wit than many much younger directors. If you're going to film such a potentially claustrophobic play, this is absolutely how it should be done.