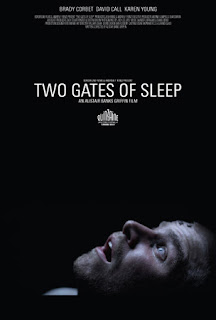 There is a hypnotic, Terrence Malick-like quality to Alistair Banks Griffin's debut feature, Two Gates of Sleep, a haunting, Southern Gothic riff on William Faulkner's As I Lay Dying.

Rarely are debut features so assured as this, to feel like the work of a strong, established director with such clear and masterful direction. Hardly a word is spoken for the film's entire running time. Griffin creates drama and atmosphere almost exclusively through sound and imagery, displaying a mastery of visual narrative that hasn't been seen often since the silent era.

For some, comparing something to a silent film might be a backhanded compliment. But I'm one of those who think cinematic art peaked during the silent era, and when your film is emulating the likes of Dreyer and Kirsanoff and not looking like a half-assed parody, then you must be doing something right. And in Two Gates of Sleep, Griffin gets in very, very right. 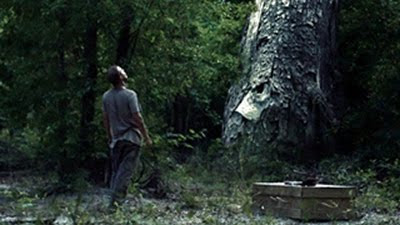 There is little here in the way of plot. It's a simple conceit. Two brothers in the rural South are tasked with the difficult task of burying their own mother. The two strike out into the forest, embarking on a journey that will lead them deep into the heart of darkness, and more importantly, the darkness within. It is a task that will test them, that will challenge them, and that will ultimately change them forever. Because their journey into the forest isn't just about burying their mother, it's about burying the past, about coming to terms with their own relationship with each other, and grappling with their own mortality. The forest for them becomes a reckoning, for unbeknownst to either one of them, they are taking a spiritual journey into their own souls.

Griffin deftly creates an eerie and enthralling atmosphere through his use of nearly heartbreaking imagery. But he isn't just displaying pretty pictures for beauty's sake. He's developing an abstract and elliptical narrative that says far more in what it doesn't say than what it does. There is hardly any dialogue to speak of, and what little dialogue there is is either mumbled or whispered. These are men of few words, and their journey is within. But Griffin skillfully offers a window into each man without a word of unnecessary dialogue. 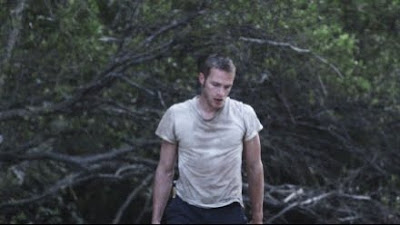 It's a pretty staggering feat, considering that the art of the silent film is nearly lost. And while it isn't really a silent film, there is some music and sounds of nature are ever present, Griffin is obviously adept at telling a story without words as a narrative guide. It's a quality shared by Dimitri Kirsanoff, whose 1926 silent masterpiece Menilmontant bravely refused to even use intertitles, instead choosing to tell its story in a completely visual manner. While Two Gates of Sleep doesn't quite reach those heights, it's occasionally a bit heavy-handed in its execution, it's hard to deny the impressive suggestive skill that Griffin displays.

To even be able to mention names like Malick, Dreyer, and Kirsanoff in a review of a debut feature is impressive in and of itself. And while I'm not quite ready to canonize him just yet, Griffin is off to a very strong start. This is compelling stuff, a lyrical and evocative tale of familial bonds and brotherly rivalry that leaves a lasting and resonant impression. If this is what Griffin has up his sleeve the first time out of the gate, I can't wait to see what he delivers next.