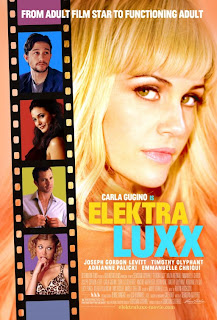 If the goal of the filmmakers behind Elektra Luxx was to make the least funny movie they possibly could, then they succeeded admirably. Unfortunately, I don't think that was their intention, despite the fact that Elektra Luxx is quite possibly the most painfully unfunny piece of cinematic swill that I have seen in a long time.

The result is surprising given the mostly capable cast, that includes Carla Gugino, Joseph Gordon-Levitt, Kathleen Quinlan, and Malin Ackerman. But something, somewhere, went horribly awry, and not even actors I generally like could save it. 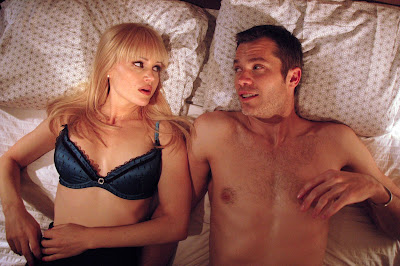 Everything changes, however, when a young woman approaches Elektra with a proposition. Guilt-ridden over cheating on her boyfriend, she hires Elektra to seduce her boyfriend so she can catch them in the act, confess her transgressions, and clear her conscience. Elektra reluctantly agrees, only to set off a chain of events that will change her life forever. 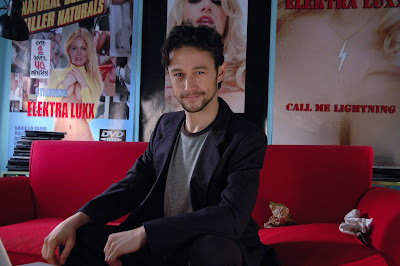 I kept waiting for it all to come together, for something funny to happen, for it all to just make sense. But it never does. It even tries to take a serious turn in the final act, taking Elektra's transition from porn star to mother and trying to make it moving and emotional, but the tonal shift is so abrupt and the emotionalism so unearned that the effect is completely jarring. In fact that's one of Elektra Luxx's greatest problems - like the character at its core, it simply doesn't know what it wants to be. As a film, it is too schizophrenic, too frenetic, too desperate for laughs that it comes off shallow and limp. Poor writing and lackluster performances betray an overall sense of apathy and disorganization, leading to a film that is completely dead on arrival.