December is the time of year when critics across the country reassess the previous year by releasing their annual top ten lists, proclaiming to the world what films they thought were the best the year had to offer. Every year has its usual suspects of course, with certain films seeming to rack up the lions share of notices, but for some reason this year the homogenous nature of most top ten lists seemed all the more apparent - especially since, in a very weak year for American films, most top tens were made up entirely of American films. 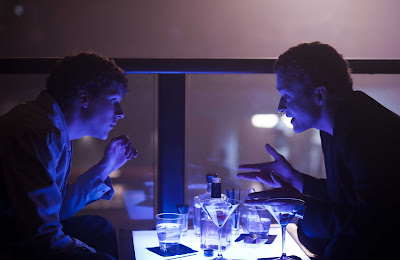 The usual suspects this year (and presumptive Oscar nominees to boot) - The Social Network, The Kids Are All Right, Toy Story 3, Black Swan, True Grit, Winter's Bone, The Fighter, The King's Speech, 127 Hours, Inception, and The Town. Only one of those films is a truly foreign production - The King's Speech. And it's British.

I'm not saying these are bad films - Toy Story 3 and Black Swan are both on my own top ten list, and Winter's Bone nearly made it. I just can't help but wonder why people keep picking the same films over and over and over again. Is it laziness? Is it buying into the critical groupthink fed to us by the studios about what the "best" films of the year are supposed to be? Is it the fact that most critics just don't have access to some of the year's best films? I think it's a combination of all three.

The truth of the matter is, most critics don't seek out films that aren't playing in their cities. There is no reason to review them as their readers can't see them. I never reviewed most of the films that made my list in The Dispatch, few of them ever even opened in North Carolina at all. But because of my completist nature, and because of my work here at From the Front Row and In Review Online, I want to see EVERYTHING. So I am constantly seeking out films, requesting screeners, and going out of my way to get a full picture of the year in film. So I end up seeing a lot more films than most critics who live outside of New York and LA who don't really attend film festivals.

The obscurity of most of the films on my list doesn't extend from snobbery on my part (although you could make that argument), but from the simple fact that the kinds of films I watch and appreciate have left me spoiled. The "best" films of the year that most people see don't do it for me anymore. I've seen what's out there, I've seen the quality of product that exists beyond the mainstream, and I can't go back.

2010 wasn't a very strong year, but there were some strong films out there, especially from countries outside the US. If a film list is full of American productions, I take it with a grain of salt. There is simply too many quality films from the rest of the world for a top ten list made up of American films to be credible. I'm not trying to say that my top ten is better or more "right" than anyone else's, just that in order to make a top ten list that is a true top ten lists, you need to see more films that the films you are "supposed" to see. Just because you've seen all the Oscar contenders doesn't mean you have a true picture of the best films of the year.

There are a lot of films out there. It takes a lot of time and dedication. But it's worth it.
Email Post