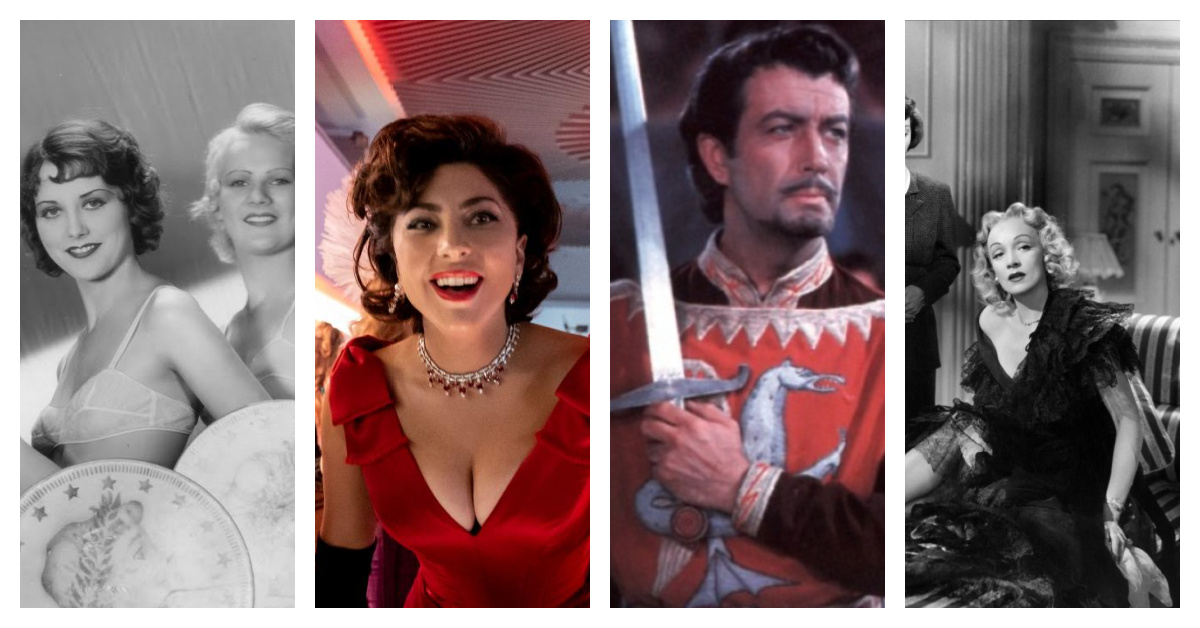 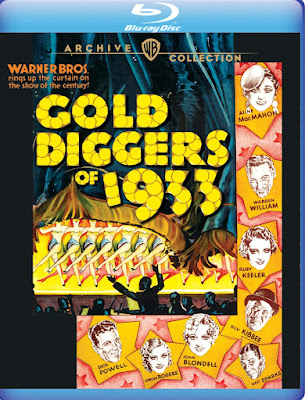 One of Busby Berkeley's most deliriously entertaining works, Gold Diggers of 1933 is a glittering pre-code musical fantasia designed to give Depression-weary audiences a respite from their troubles. The Depression looms large over the film, from the ironic opening number "We're in the Money" (which is promptly shut down by financiers because there is no money) to its plot about three out of work showgirls trying to find a way to get back into the game.

"The Shadow Waltz" and "Remember My Forgotten Man" are two of Berkeley's greatest numbers, with the elliptical elegance of "Shadow Waltz" giving way to the politically charged roar of anger that is "Forgotten Man," a poignant and impassioned plea for the homeless, out-of-work WWI veterans left behind to an indifferent government. As is usual with Berkeley's showbiz musicals the songs have little to do with the plot, but the numbers of Gold Diggers of 1933 capture Hollywood decadence combined with Depression-era resentment of the elites and mistrust of the Washington establishment with grand, dreamlike relish. 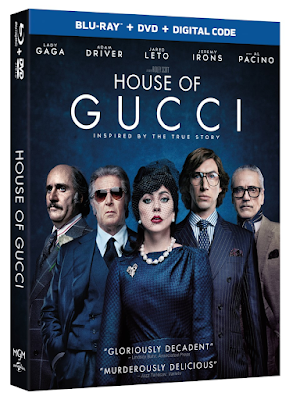 House of Gucci is a fascinating mishmash of tones and styles that never quite jells into a satisfying whole, but that also doesn't mean that it isn't a intriguing failure. For all its glamorous excesses, hammy performances, and pulpy premise, the film remains a curiously understated affair, as if the actors completely understood the assignment but Scott seriously misjudged the tone - crafting a serious crime thriller when the material simply begs for a more lurid approach.

Examining House of Gucci as part of Scott's 2021 output, it is almost the exact same length as The Last Duel - yet that film feels swift and fleet while Gucci feels stilted and plodding. Which is a shame considering the quality of acting happening on screen - Gaga, Leto (who despite much social media derision, seems to be the only one along with Gaga who understood the assignment), Pacino, Driver, and Irons are all a blast to watch, but they're trapped in film that cannot match their energy. The performances are worth the prices of admission, but as a whole House of Gucci feels like a giant missed opportunity - a tale of scandal and extravagance that plays it all too safe and straight, while the actors provide a tantalizing glimpse at what could have been. A few brief bonus features, including "The Rise of the House of Gucci," "The Lady of the House," and "Styling House of Gucci" will likely be catnip for Gaga fans. 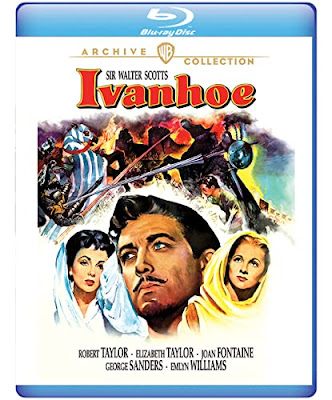 The 1950s were a strange time for American cinema. Now faced with competing with television, studios focused on spectacle as a way to lure audiences away from from their TVs. The result was a seemingly never-ending series of sword-and-sandal an medieval epics, some of which have endured and many more which have all but disappeared from the public consciousness, dusty products of their time designed for very specific audiences that no longer really exist.

Some of these massive productions proved quite popular with the Academy - King Solomon's Mines, El Cid, Quo Vadis, The Robe, Julius Caesar, Ben Hur, employing casts of thousands and flexing the might of their respective studios. Ivanhoe (1952) was one such film; nominated for three Oscars including Best Picture (it lost to The Greatest Show on Earth), it has all the marks of a Major Motion Picture of its time - big stars, grand set pieces, elaborate costumes, and it's as dry as dirt. Based on the novel by Sir Walter Scott, Ivanhoe is staid, humorless, and utterly lacking in dramatic weight - existing mostly to showcase its elaborate costume and set design and little else.

The centerpiece battle, which includes a siege of Prince John's keep where Ivanhoe is being held prisoner, is impressive, and new Blu-Ray restoration from Warner Archive brings its Technicolor cinematography to vibrant life, but the film is as lifeless as the costumes are colorful. Elizabeth Taylor is the only one who make it our relatively unscathed, turning in a surprisingly grounded performance that is perhaps better than anything the film itself demanded. Ivanhoe was a hit in 1952, but it's been mostly forgotten in the years since in favor of more successful examples of its genre. It may be of some curiosity to Oscar completists and fans of its stars, but there's little to recommend here otherwise. 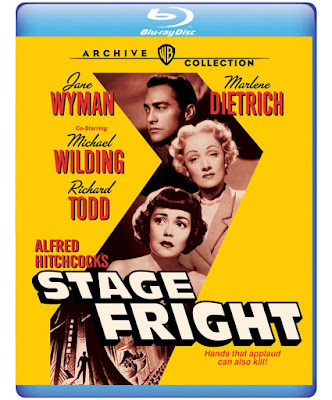 Jane Wyman stars as a young theatre student who finds herself embroiled in a murder mystery when she sets out to exonerate her beau from a murder for which he was framed by his lover, Marlene Dietrich. Directed by Alfred Hitchcock, Stage Fright is an expectedly taut mystery, allowing Wyman's plucky character to disguise herself as several different characters in order to get the real story. The tale of dueling actresses allows Hitchcock to playfully layer deception upon  deception, culminating in a twist that, while not particularly well received at the time, is one of the film's most remarkable elements.

Stage Fright would be the last film Hitchcock would make in the UK before returning one final time in Frenzy 22 years later. While it isn't one of his strongest films (Hitch would soon embark on one of the strongest periods in his career just a few years later), it's an awful lot of fun, with Dietrich commanding the screen and Wyman showing off her acting chops in what amounts to a dual role. An oft overlooked gem.