The Top Ten Documentaries of 2015

2015 has been a great year for documentaries. It has given us an embarrassment of riches, from the political, to the historical, to the experimental. They've examined the lives of movie stars, singers, artists, murderers, religious fanatics, and every day, normal people. Documentaries have the power to transport us not just to other worlds, but illuminate the world we live in. They offer unique perspectives into reality where narrative films can't necessarily go. I could easily have listed 10 more documentaries in addition to these, but these are the ten that have stuck with me the most this year.


1
HEART OF A DOG
(Laurie Anderson) 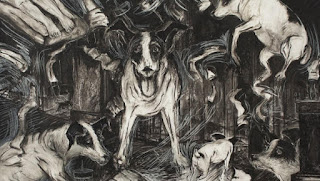 Artist Laurie Anderson uses the life of her beloved dog, Lolabelle, as a lens through which examine the nature of death, love, and the post-9/11 paranoia that changed our world. Heart of a Dog is a rapturous, impressionistic work that is dreamlike and yet hauntingly familiar. Anderson's philosophical musings are funny, sad, profound, and heartbreaking. It feels like she's going down rabbit hole after rabbit hole, like a terrier chasing a mouse, yet it remains endlessly engrossing. As a personal testament, as a piece of experimental film, as a work of art, Heart of a Dog is a constant wonder. Anderson's lovely and amazing film is a wholly new kind of a documentary, one that transcends the conventions of its form and captures a rarefied essence of stream-of-consciousness thought. It's like something cooked up in a dream, meandering, slightly delirious, nonsensical yet pregnant with deep and almost unfathomable meaning. It's an incredible film, a heartfelt testament to life and death that manages to pack life's biggest questions and the very essence of the 21st century into a breathtaking 75 minutes.

2
THE LOOK OF SILENCE
(Joshua Oppenheimer) 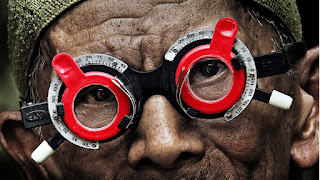 Joshua Oppenheimer follows up his explosive documentary, The Act of Killing, with another examination of the cruelty of the military dictatorship of Indonesia through a completely different lens. In Act of Killing, Oppenheimer never directly challenged his murderous subjects, allowing them to tell their stories in their own way, in some cases leading a devastating kind of clarity. In The Look of Silence, Oppenheimer takes a Indonesian citizen whose brother was brutally murdered by the military junta for being a suspected communist, and follows him as he confronts his brother's murderers face to face. Feels like a natural extension of Act of Killing without being a retread. It dares to stare into the face of evil, and the result is a chilling portrait of human cruelty and the power of self delusion, but also about the cathartic power of forgiveness. Essential stuff.

3
LISTEN TO ME MARLON
(Stevan Riley) 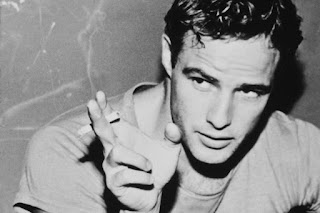 Using hours upon hours of audio recordings made my Marlon Brando, Stevan Riley's new documentary, Listen to Me Marlon, pieces together an impressionistic portrait of the enigmatic actor, a man often considered to be the greatest actor of all time. Brando is no less an enigma by the time the film ends, but that is as it should be. Brando's musings on life, on acting, on his career, are both fascinating and obfuscating, managing to simultaneously provide insight into his thought process and worldview, while also muddying the waters just as much. Riley weaves a deeply engaging tapestry of Brando's words into a powerful new work of art, a towering paean to a towering man. Yet it is neither hagiographic nor biographical. Listen to Me Marlon reaches for the essence of the man, and emerges as a beautifully mysterious, maddeningly cryptic, yet endlessly engrossing work of art, not unlike the man himself. 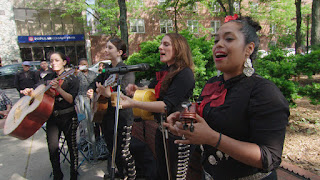 In his latest documentary, Frederick Wiseman turns his camera on Jackson Heights, a New York neighborhood considered by some to be the most diverse neighborhood in the Unites States. From Churches, synagogues, and mosques, gay pride parades and transgender support groups, wealthy, poor, migrant workers, driving instructors, and ladies' knitting circles, Jackson Heights hums with a vibrant sense of multiculturalism. Here, Wiseman observes citizens coming together to better their community, workers making their daily wage, marginalized groups protesting for their rights, and every day people living out their normal lives in a place that serves as a microcosm of modern America. Wiseman is a master of observation, leaving no detail unexplored, he immerses us in this world so that by the film's end we feel as though we have actually spent a day in Jackson Heights. There's something joyful and even hopeful about In Jackson Heights, as we watch such disparate groups co-existing in such a small place, supporting and helping each other along. This is the heart of America, and in Wiseman's steady hands, it becomes a celebration of our diversity and our strength, showing civic action as the backbone of our democracy. It's refreshing to see such cooperation in our highly divisive, politicized times. Essential stuff. 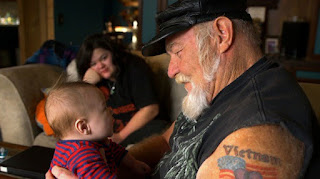 Sometimes a film comes along that completely restores your faith in humanity. Debra Granik's warmly observant portrait of Ron "Stray Dog" Hall, a biker and Vietnam veteran, is at once a celebration and examination of the American heartland. It's also a subtle yet disarming indictment of how our veterans are often neglected by our government. Yet Hall and his buddies never forget their own, riding across the country to attend funerals, memorial dedications, and supporting each others' families. You'll find no political grandstanding in Stray Dog, no talking heads or interviews, instead Granik merely observes, creating a powerfully rendered meditation on the American family, no matter what form that may take, and the essential goodness of human beings. This is what great documentary filmmaking is all about. 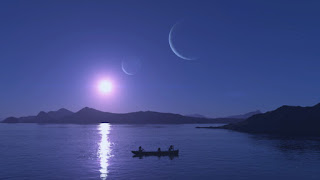 Director Patricio Guzmán uses water as a metaphoric lens through which to tell the story of Chilean natives, whose ancient relationship with the ocean has been all but lost through systematic subjugation by colonial occupation, in a genocide that lasted well into the 20th century. Lyrical and heartbreaking, The Pearl Button is a hauntingly beautiful documentary that is both a celebration of a lost culture (only 20 direct descendants of the Patagonian natives remain), and an elegy for a forgotten genocide that is arguably one of the most ghastly in the history of the world. Yet through Guzmán's unique lens, the history of the natives becomes a kind of ethereal reflection of the universe, irrevocably changed by colonialism and western invasion, moving through the glistening waters of the Chilean coastline like ghosts. Guzmán's placing of the natives' struggles in cosmic perspective makes the film an interesting companion piece for his previous film, Nostalgia for the Light. While the metaphor gets lost in its grandiosity at times, The Pearl Button is nevertheless a deeply moving experience, that tells a story as timeless as the sea itself.

7
GOING CLEAR: SCIENTOLOGY AND THE PRISON OF BELIEF
(Alex Gibney) 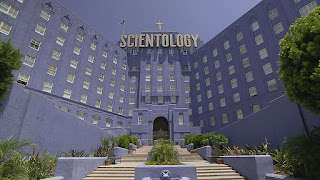 Alex Gibney's disturbing look inside the Church of Scientology is an explosive expose of the infamous religion's nefarious brain washing tactics. Gibney takes a devastating look at L. Ron Hubbard's brain child, from its origins as a money making scheme for Hubbard to the massive, cult-like phenomenon that it is today. It's hard not to be reminded of Paul Thomas Anderson's The Master, and just how close it was to Hubbard's actual life and the teachings of Scientology. Plus, the revelation of the church's true beliefs about Earth being an alien prison planet where frozen bodies were dropped off into volcanoes by the galactic overlord Xenu, releasing alien spirits into the world that are the source of all human suffering (all of which had been famously detailed by "South Park") seem all the more damning here. Going Clear is a frightening and essential doc about the human need to believe and belong, and the power of denial, even if the face of evil and oppression. 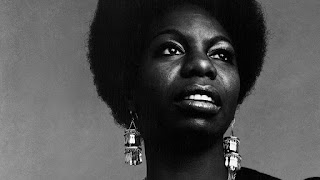 Liz Garbus' deeply incisive portrait of legendary blues singer, Nina Simone, examines her life and career through her own words and through the recollections of the people who knew her best. What Happened, Miss Simone? is a fascinating look at a brilliant artist, brought down by her own demons (and a more militant streak during the civil rights movement) and then resurrected from the ashes. Simone's singular voice shines through at every turn, and the film both pays tribute to her genius and highlights her failures by posing the essential question - "what happened?" I found this more compelling and more moving than AMY, which is very similar in both structure and theme. But the many layers of Simone's rise and decline, from political (race, gender, militancy), to personal (abusive relationships, mental illness), I think are far more intriguing, and Garbus' direction strikes a fine tonal balance between reverence and inquisitiveness. 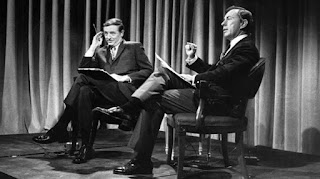 Riveting documentary chronicles the 1968 debates between liberal Gore Vidal and conservative William F. Buckley, as they publicly clashed on ABC during the Republican and Democratic conventions in a heated match of wits and cultures. Best of Enemies presents these debates as a touchstone that eventually led to our current, hyper-partisan culture, where commentating and opinion has replaced reporting and presentation of fact. But even more fascinating, the film is a portrait of two men whose hatred of each other gave them an almost symbiotic relationship, where the identity of each one was inexorably linked to the other. It's compelling stuff, and directors Robert Gordon and Morgan Neville make it work on multiple levels even with its brief, 85 minute run time. 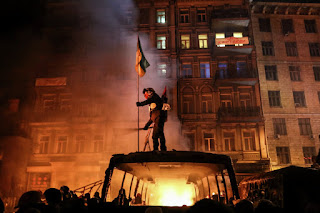 Evgeny Afineevsky's harrowing documentary puts us on the front lines of the 2013 revolution that brought Ukraine back from the brink of Russian control. Using on-the-ground footage taken from the scenes of the riots protesting the Ukranian president's withdraw from promised European Union inclusion, and violent clashes where policemen beat up peaceful protestors, Winter on Fire is a riveting look at democracy (and fascism) in action, as a people fight for their freedom against an oppressive police state. One can't help but draw parallels from Ukraine's struggle to the American "Black Lives Matter" protests, and while the stakes of those protests may be more abstract, one can't help but get a queasy feeling watching the protesters being brutally beaten. Afineevsky treats it like an action thriller, but this is more riveting than any Hollywood action film. This is real - and the blood, sweat, and tears of the Ukrainian patriots runs through every frame. It doesn't always need the dramatic music cues, it's dramatic enough already, but the final result is certainly inspiring, and the fly on the wall footage is nothing short of jaw-dropping. This puts everything Michael Bay has ever made to shame.
Email Post