Your Guide to the 2015 RiverRun Film Festival

With over 165 films playing over 11 days at this year's RiverRun International Film Festival in Winston-Salem, NC, it's pretty much impossible to see them all. Thankfully I got a little preview of some of this year's titles, and have created this handy guide to some of this year's highlights. 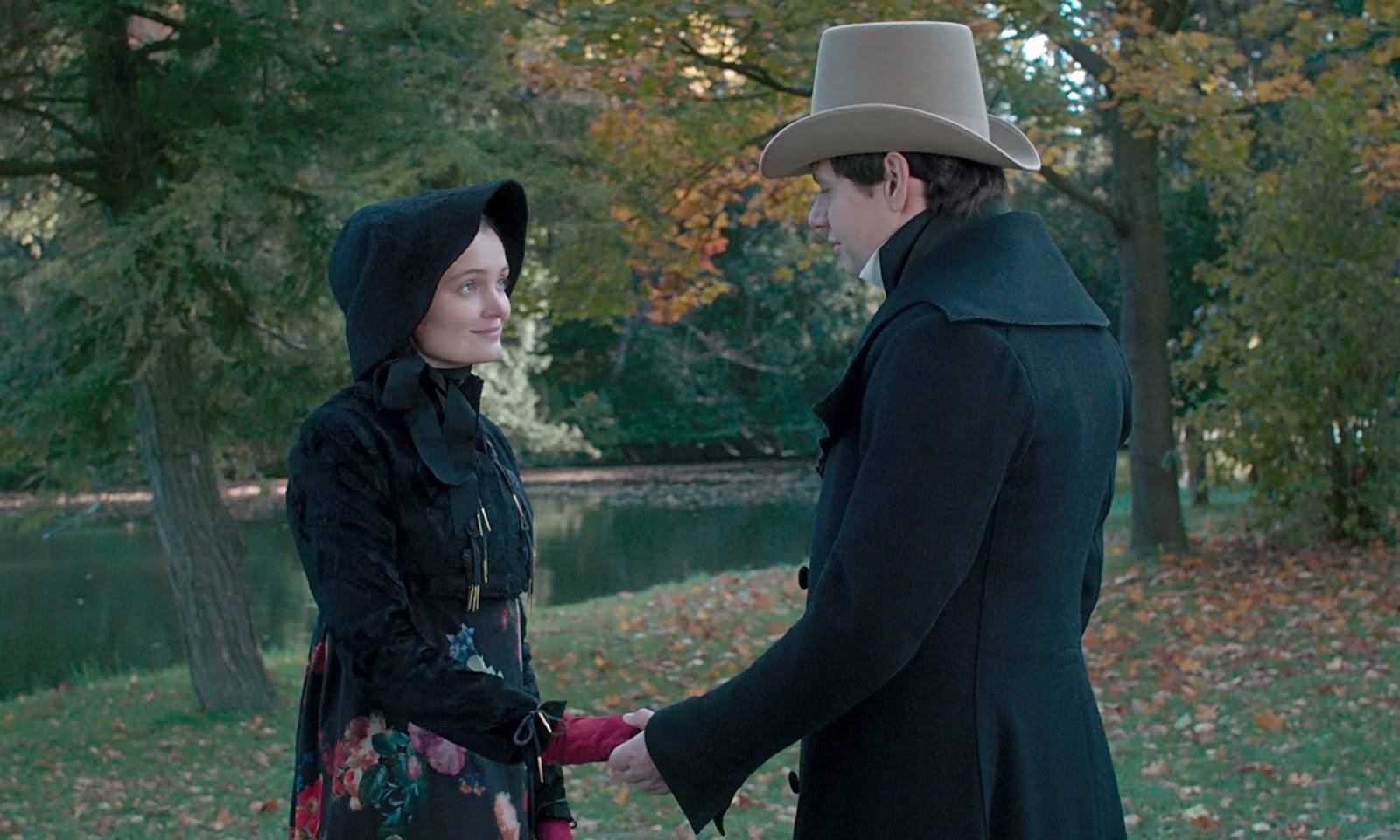 AMOUR FOU (Jessica Hausner, Austria) | A depressed poet seeks a partner willing to die with him in a murder/suicide pact, having become fed up with the seemingly empty and shallow world around him. Jessica Hausner (whose last film, Lourdes, was my favorite film of 2010) drolly examines an aristocratic world appalled by the democratic reforms sweeping Europe in the wake of the French revolution, highlighting the absurdities of a feudalistic society as pretentious philosopher prattle on about the banalities of every day life, leading them all to a tragic end. Not as symbolically weighty, perhaps, as the magistirial Lourdes, but Amour Fou is a fascinating look at ironic tragedy in the face of grave social injustice, expanding the themes of Lourdes in a surprisingly funny way. (★★★)

ANYWHERE ELSE (Ester Amrami, Israel) | At first, Ester Amrami's Anywhere Else seems like another film about an over privileged college student whining about needing to discover who they truly are. But then, by the time Jewish Noa takes a break from studying abroad in Germany to visit her family in Israel, something opens up and Amrami's film turns into a romantic comedy with a striking sense of humanity. Amrami creates real people rather than caricatures, and directs with a disarming sensitivity that makes up for the film's rather gloomy start. It's a warm hearted film about embracing your roots that never feels cloying or needlessly rebellious. A solid effort on all fronts. (★★★) 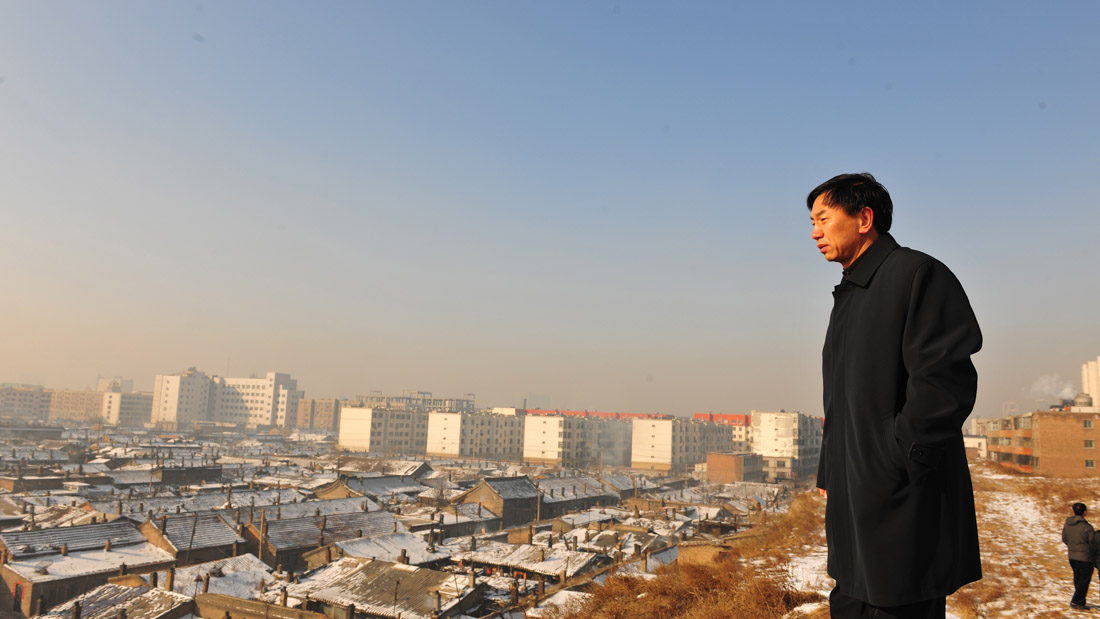 THE CHINESE MAYOR (Zhou Hou, China) | The mayor of Datong seeks to return the city to its days of imperial glory by rebuilding its magnificent city walls, even if it means relocating tens of thousands of impoverished citizens and bulldozing thousands of homes. A striking portrait of a politician who will do anything to secure his legacy, and whose strong devotion to the inherent goodness of government leads him on a crusade against government waste and inefficiency (all while driving the city billions of dollars in debt). Admirably even handed, The Chinese Mayor is an engaging look at Chinese politics, and the universal intricacies, peculiarities, and contradictions of politics. (★★★)

FELIX & MEIRA (Maxime Giroux, France) | An Orthodox Jew who feels trapped in her marriage by the restrictions of her faith finds solace in a similarly wounded man who is mourning the death of his father. There are some interesting ideas here, and director Maxime Giroux certainly has a keen visual eye, but the film often feels like a dour, plodding soap opera rather than an in depth exploration of the questions and themes it raises (its finale is especially protracted in an unnecessary way). (★★½)

FIVE STAR (Keith Miller, USA) | I was a big fan of Keith Miller's last film, Welcome to Pine Hill (which appeared on my 2013 top ten list), so with those high hopes I found myself slightly disappointed by his sophomore effort, Five Star. Miller once again uses non-professional actors in the lead roles, focusing on a real life former member of the Bloods who takes a fallen friend's young son under his wing to teach him the ways of the streets. The use of non-professionals worked wonders in Welcome to Pine Hill, but here, with more dialogue and more emotional weight to carry, the effect is somewhat lessened. Still, there is a lived in authenticity to Miller's work that is undeniable, making him a rising talent to watch. (★★½) 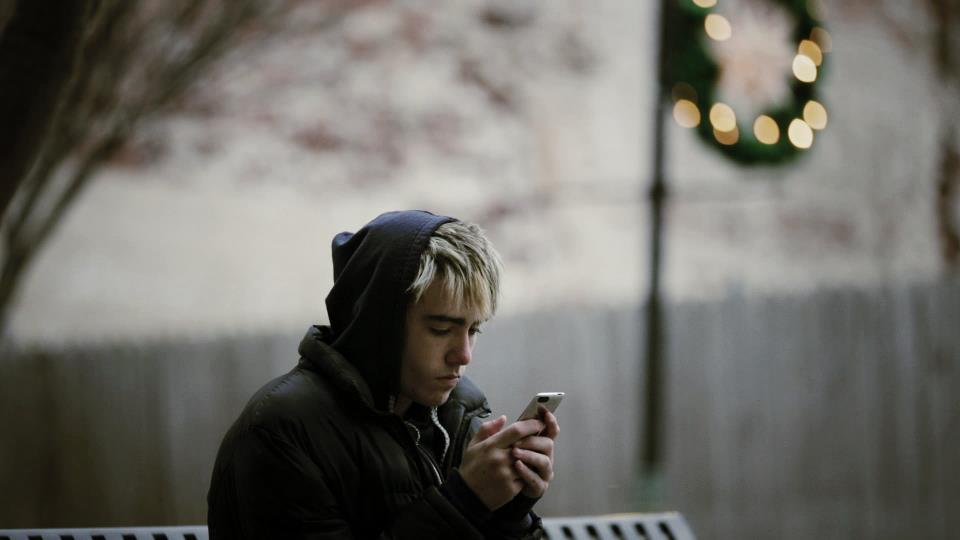 HOMELESS (Clay Hassler, USA) | Shot in and around Winston-Salem and Asheboro, NC, and featuring a lead actor from Lexington, Clay Hassler's Homeless is a striking debut feature about a young man's experiences in a homeless shelter. Shot in a real homeless shelter with an actual homeless cast, Homeless has a raw, neo-realist authenticity reminiscent of the work of Ramin Bahrani or Sean Baker. It hums with a powerful energy, lyrically chronicling the plight of society's forgotten overlooked without feeling forced or exploitative. This isn't mere "poverty porn," it's a frank and honest exploration of life on society's outskirts, featuring a strong performance by its young lead.  (★★★½)

JOY OF MAN'S DESIRING (Denis Cote, Canada) | The cinema vérité style of Frederick Wiseman meets Harvard's Sensory Ethnography Lab in Denis Côté's documentary hybrid about life in a factory. Côté doesn't adhere to the long takes of Wiseman, but his observational style of the day to day factory business achieves a similar goal. But instead of merely observing, Côté turns what we're seeing into a kind of quietly rhythmic poetry. Not a typical documentary, Joy of Man's Desiring also features some scripted moments of absurdist dialogue that shake up the film's repetition, highlighting the strange beauty and otherworldliness of the places that create what we most desire. (★★★) 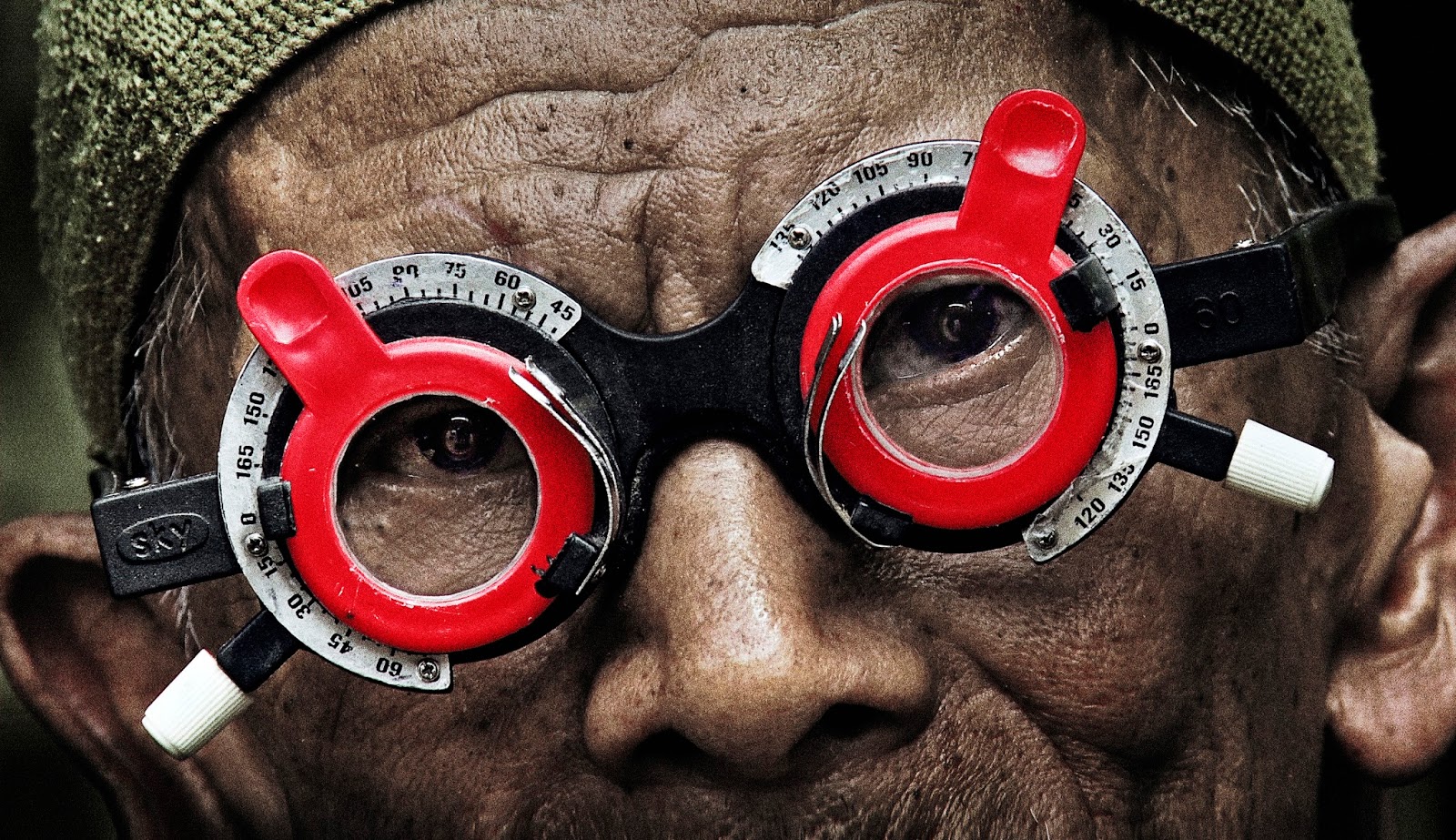 THE LOOK OF SILENCE (Joshua Oppenheimer, Denmark/UK) | Joshua Oppenheimer follows up his explosive documentary, The Act of Killing, with another examination of the cruelty of the military dictatorship of Indonesia through a completely different lens. In Act of Killing Oppenheimer never directly challenged his murderous subjects, allowing them to tell their stories in their own way, in some cases leading a devastating kind of clarity. In The Look of Silence, Oppenheimer takes a Indonesian citizen whose brother was brutally murdered by the military junta for being a suspected communist, and follows him as he confronts his brother's murderers face to face. Feels like a natural extension of Act of Killing without being a retread. The Look of Silence dares to stare into the face of evil, and the result is a chilling portrait of human cruelty and the power of self delusion, but also about the cathartic power of forgiveness. Essential stuff. (★★★½) 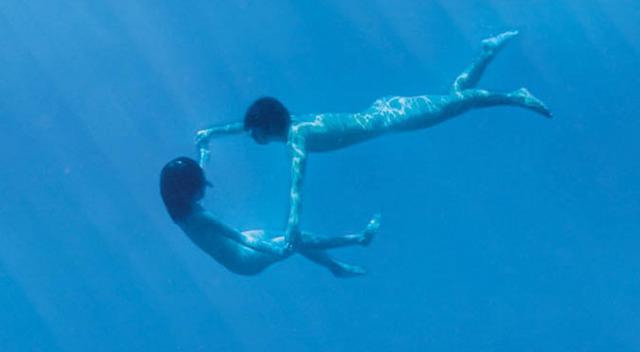 STILL THE WATER (Naomi Kawase, Japan) | There is something hauntingly meditative about Naomi Kawase's Still the Water, which follows two teenagers whose discovery of a dead body on a beach leads them to a deeper exploration of their own identities. A deeply lyrical film, marked by delicate quietude, Kawase's film examines the sometimes rapturous, sometimes painful details of growing up, when naïveté is still acceptable, even expected, and the burden of adulthood still an arm's length away. Extraordinary stuff, sensitively directed by Kawase, who coaxes lovely performances from her young cast. (★★★½)

STRAY DOG (Debra Granik, USA) | Sometimes a film comes along that completely restores your faith in humanity. Debra Granik's warmly observant portrait of Ron "Stray Dog" Hall, a biker and Vietnam veteran, is at once a celebration and examination of the American heartland. It's also a subtle yet disarming indictment of how our veterans are often neglected by our government. Yet Hall and his buddies never forget their own, riding across the country to attend funerals, memorial dedications, and supporting each others' families. You'll find no political grandstanding in Stray Dog, no talking heads or interviews, instead Granik merely observes, creating a powerfully rendered meditation on the American family, no matter what form that may take, and the essential goodness of human beings. This is what great documentary filmmaking is all about. (★★★½) 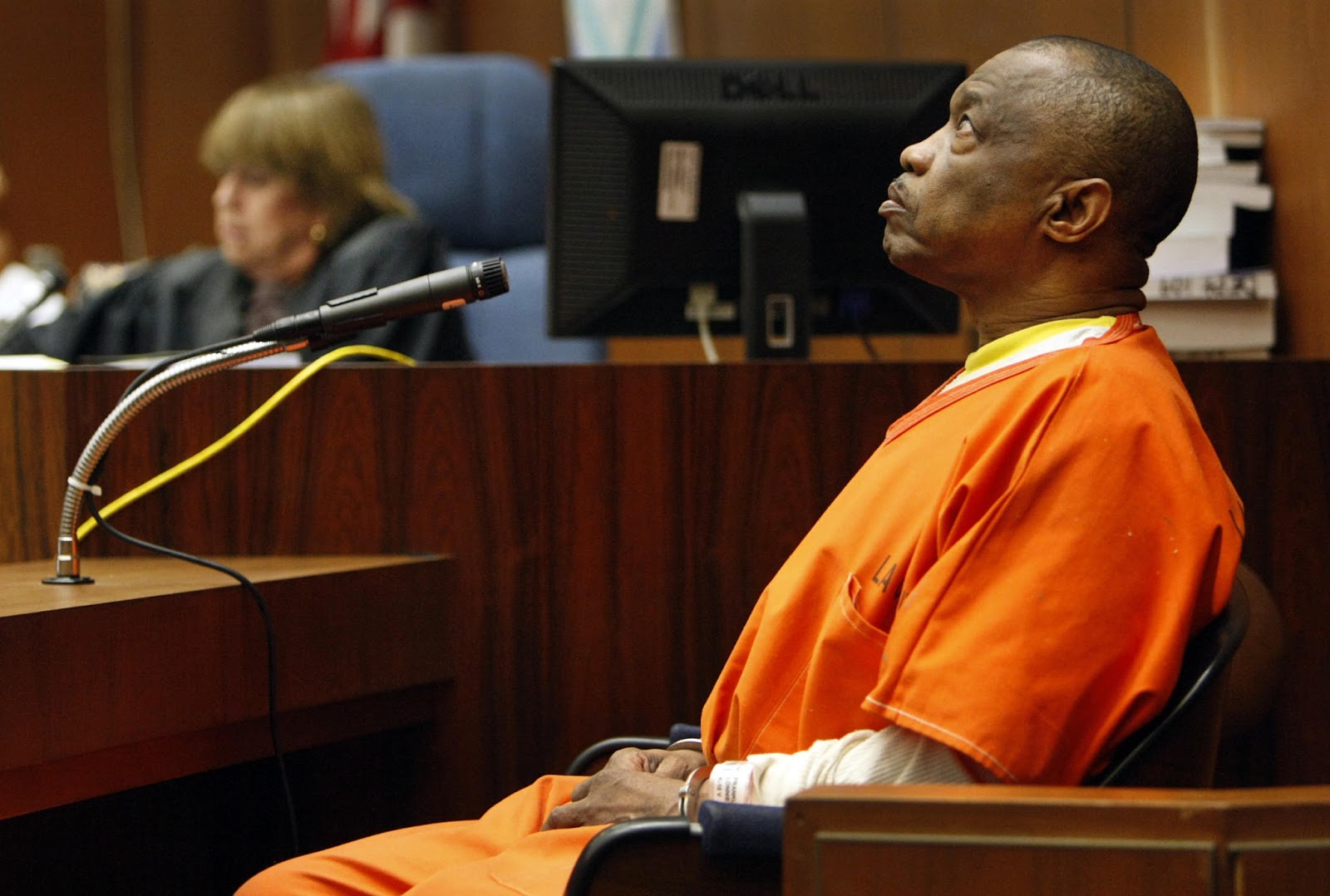 TALES OF THE GRIM SLEEPER (Nick Broomfield, UK) | A serial killer terrorized South Central Los Angeles for nearly 20 years before even being publicly acknowledged by police. Preying on black women, drug addicts, and prostitutes, the killer known as the Grim Sleeper was finally caught in 2010, but as filmmaker Nick Broomfield discovered as he, along with a streetwise guide, scour the streets of South Central LA, there was mountains of evidence in plain view, pointing toward the suspect that could have lead police to the killer decades earlier. A stinging indictment of a system plagued by institutional racism, Tales of the Grim Sleeper isn't your average serial killer film. Broomfield chooses not to focus on the murders themselves and instead focuses on why he wasn't brought to justice sooner. It's a disturbing and vital look at the struggles faced by those overlooked by society, even when a serial killer is picking them off one by one for 25 years. (★★★½)

THIS TIME NEXT YEAR (Farihah Zaman, Jeff Reichert, USA) | Well intentioned documentary about the rebuilding of Long Beach Island has some undeniably moving moments. It's clearly a labor of love on the part of the filmmakers, who have cobbled together a portrait of the resilience of the human spirit in a devastated community. Unfortunately I'm not sure there was enough material here for a feature documentary. It feels a bit like a documentary short stretched out to an hour and a half. The film's final moments, however, are an emotional powerhouse.  (★★½) 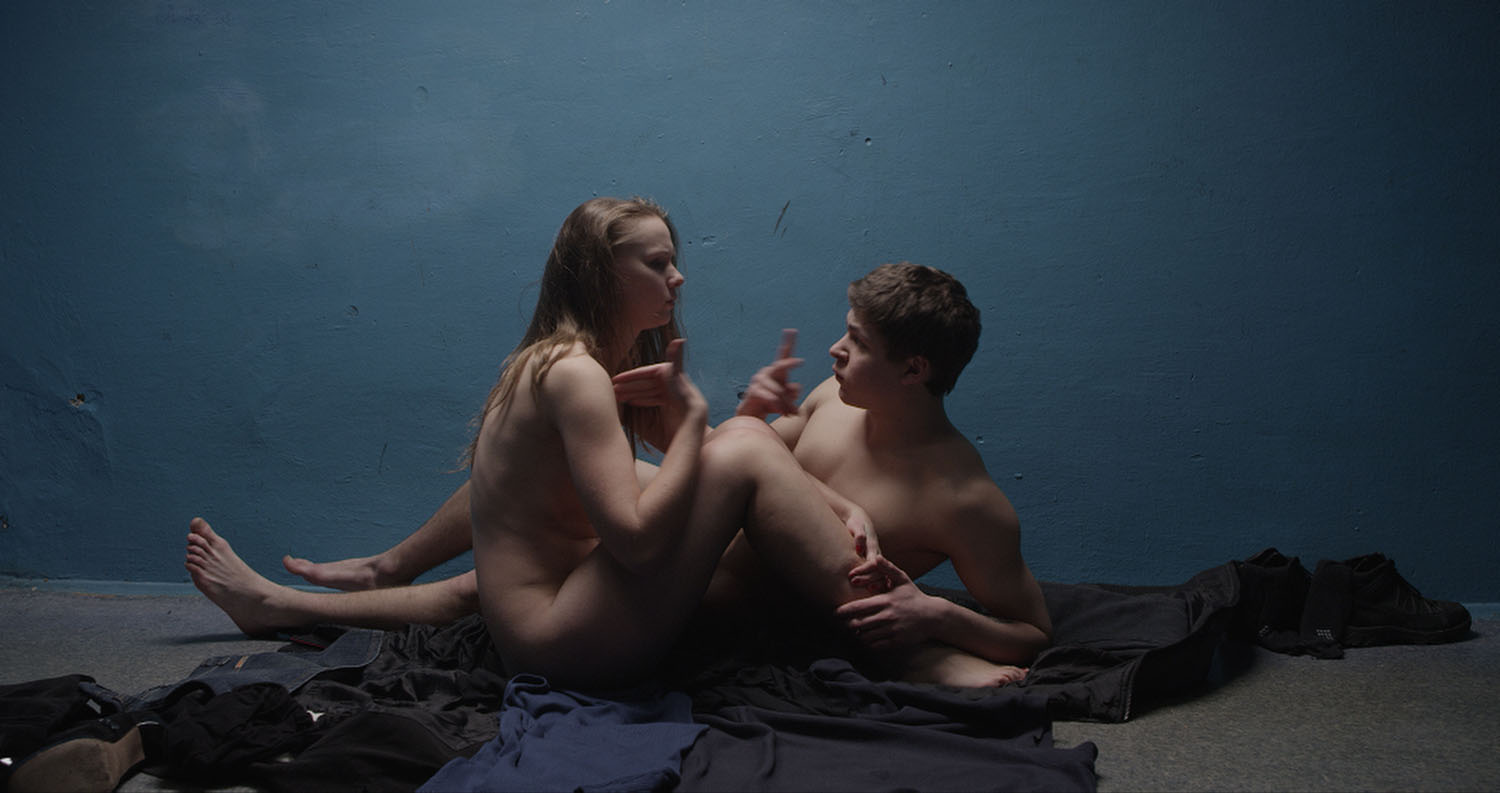 THE TRIBE (Miroslav Slaboshpitsky, Ukraine) | Like a Romanian New Wave film as directed by Michael Haneke, Miroslav Slaboshpitsky's The Tribe is an audacious formal experiment wherein characters speak only sign language without any subtitles or narration to prompt the audience as to what is going on. Instead, we are left to read the body language and situations of this harrowing crime drama set in a school for the deaf and mute, where a new student finds himself rising through the ranks of a gang known as The Tribe. Both brilliant and brutal, this is a film of remarkable discipline and power, boldly taking us into a brave new cinematic world, leaving us, a hearing audience, stranded and alienated in a non-hearing world. Extraordinary. (★★★½) 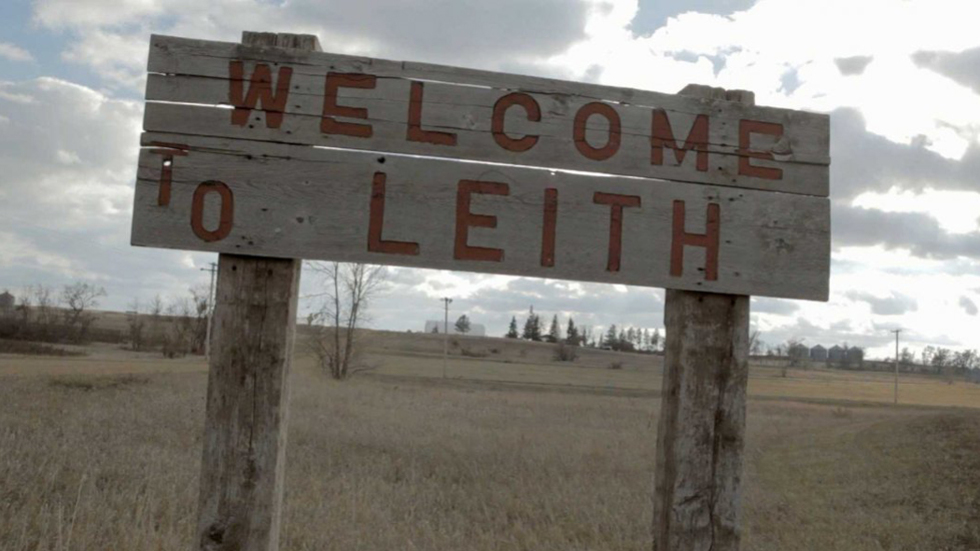 WELCOME TO LEITH (Christopher Walker, USA) | This deeply disturbing documentary chronicles the infamous attempt of white supremacist, Craig Cobb, to buy up all the land and set up the tiny town of Leith, North Dakota as a haven for white supremacy groups. You'd be hard pressed to find a more terrifying film than Welcome to Leith (the use of Mica Levi's unnerving score fromUnder the Skin heightens the effect), which uses interviews with Leith citizens as well as with Cobb and his allies to paint a chilling portrait of domestic terrorism and the sometimes invisible hand of hate right in our own backyard. (★★★½)

WHEN UNDER FIRE: SHOOT BACK (Marc Weise, South Africa) | The quietness of Marc Wiese's documentary, When Under Fire: Shoot Back, is perhaps its most striking aspect. Chronicling a group of photographers known as the "Bang Bang Club," that covered the end of Apartheid in South Africa and the subsequent violent conflict, Wiese's film is somber and respectful, if not always as engaging as one feels it could be. Examines the effects of being surrounded by such human evil on those who task themselves with documenting it in an often chilling way. (★★½)

For a complete schedule of films, visit www.riverrunfilm.com.
For more coverage of RiverRun 2015, check out my Best of the Festival article in The Dispatch.
Email Post