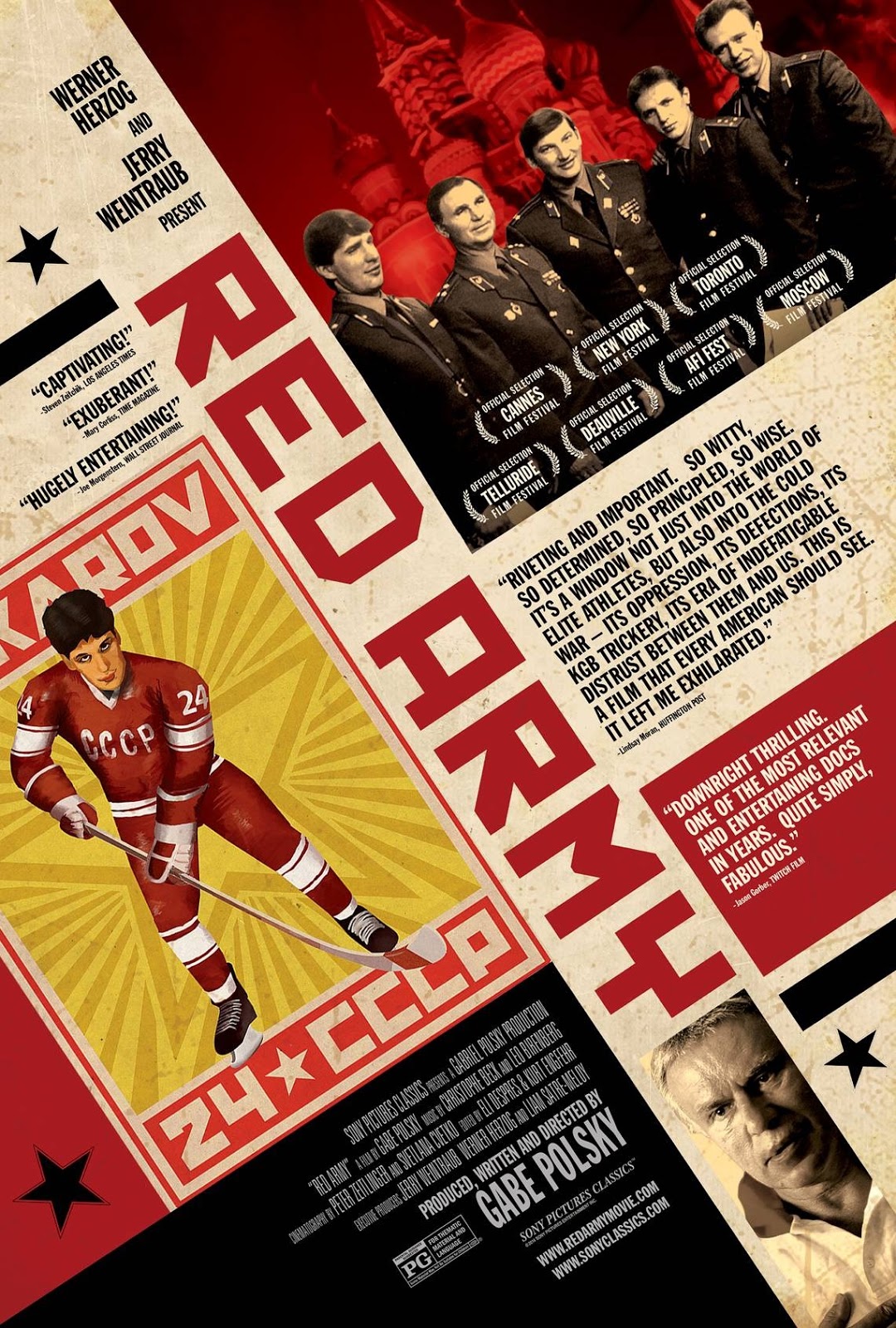 Propaganda has always been one of the most important weapons of war. Never was that more true than during the Cold War between the United States and Russia, which was almost exclusively fought by propaganda, as the two countries constantly tried to one up each other with symbolic, non-violent victories like some sort of international dick measuring contest.

Gabe Polsky's new documentary, Red Army, focuses on one of the centerpieces of the Soviet Union's propaganda machine - the Red Army hockey team. One of the apples of Stalin's eye the Red Army team dominated world hockey for years. Yet as the USSR began to decline, so too did the Red Army, affecting their team members in life changing ways.

Red Army details the team's trips abroad, how they were watched over by Soviet agents and allowed to see and experience the West in ways most Soviet citizens never could.

It's certainly an interesting topic for a documentary, watching these hockey players go from propaganda pawns to, in some cases, Russian politicians and political opposition to the Communist regime, is the stuff of great drama. Yet Red Army never really manages to find that drama. It feels strangely thrown together and disorganized, as if its interviews weren't prepared to be filmed. His subjects are often answering phone calls or texts, while crew members set up the shot as Polsky is asking questions. His use of dramatic zooms and music cues lends more goofiness than gravity, swooping in on the subjects' faces during tense moments in ways that seem like a documentary parody. Its tonal shifts undercut its narrative momentum, leaving it feeling scattershot and kind of sloppy. This just doesn't feel like a professionally shot documentary.

Which is a shame, because there's certainly a strong film somewhere in here. The hockey players themselves are an undeniably fascinating lot. Their no-nonsense incredulity at some of Polsky's questions indicate that they don't really have time for this silliness. You can see how they would have made formidable opponents on the ice. Unfortunately, I just didn't find the resulting film all that engaging. I don't think Polsky dug deep enough, or managed to get behind the stoic veneers of his subjects. This is Polsky's first feature documentary, and it feels somewhat undisciplined, like the work of an amateur filmmaker. With cleaner editing and a tighter focus, Red Army might have been something special. Instead, it takes a strong subject and renders it toothless and forgettable.