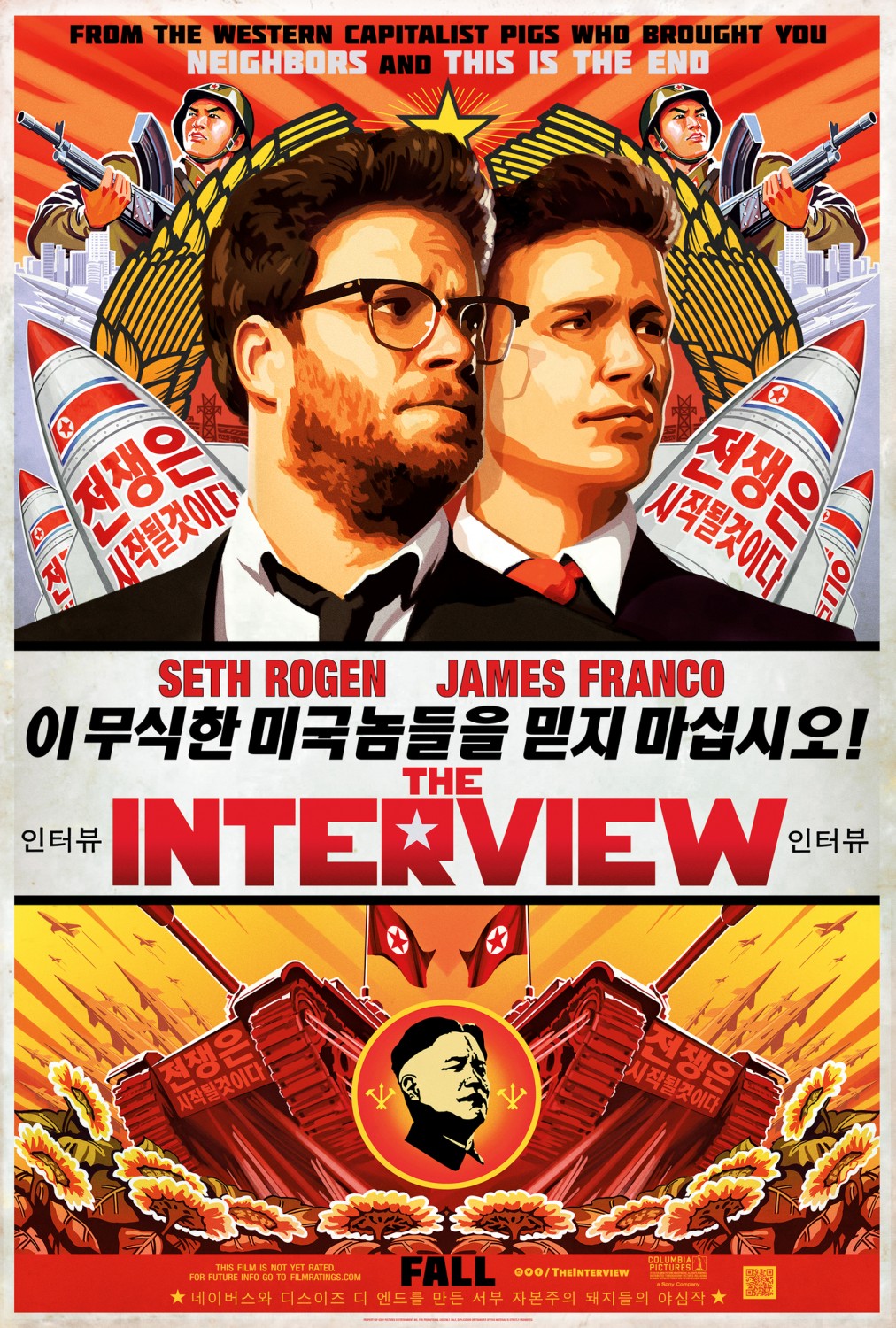 Who would have thought that a comedy starring Seth Rogen and James Franco would end up not only being the most talked about film of the year, but also start an international confrontation between a rogue dictatorship and the United States of America?

By all rights, The Interview should be just another dumb comedy. but it's not. It has become a symbol of free speech, a film made by Canadian filmmakers that has been elevated to represent something very American - a disdain for being told what to do, especially by a foreign dictator. While it may not have technically been an issue of free speech, as the film was in no way hampered by the US government (which ultimately encouraged Sony to release the film), the fact that a foreign dictator was trying to suppress a film on US shores through acts of cyberterrorism was cause enough to stir a righteous fervor. The quality of the film was, and is,  a moot point in the face of a dictator's attempted overreach.

At the end of the day, was the film worth it? Does it live up to all the hooplah and controversy? Yes and no. The Interview is not a great film, it's not on the level of, say, Charlie Chaplin's The Great Dictator, this ain't. But I do think that The Interview is much more (and much better) than it is being given credit for. 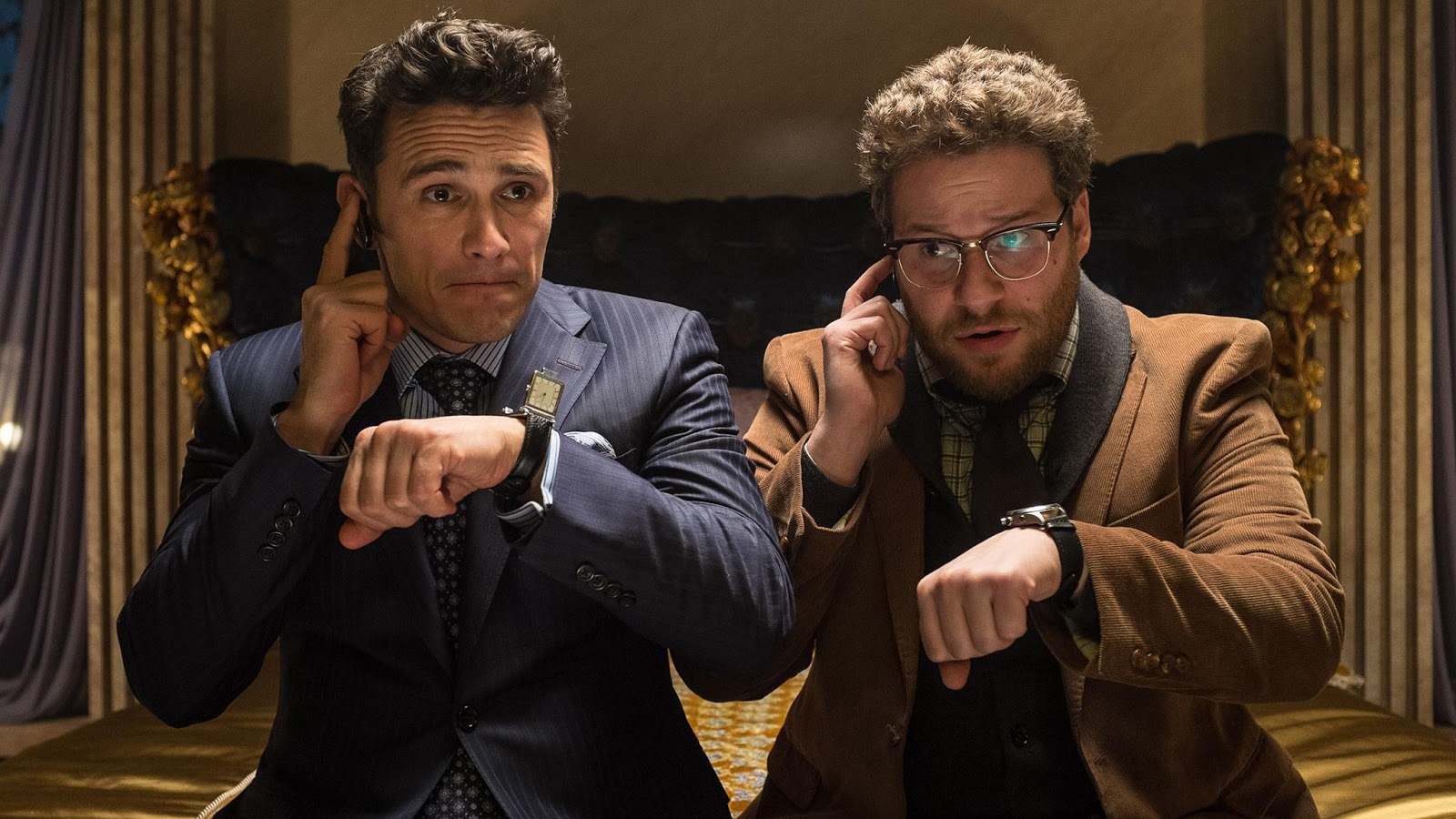 The premise is pretty straightforward - Rogen and Franco run a tabloid TV show specializing in celebrity gossip and other such meaningless puff pieces. They're smut peddlers, feeding soulless junk food to an  un-discerning public. Yet despite their success, they want more, something meaningful; they want to be real journalists, not just lightweight figures of trash TV. So when they discover that Kim Jong Un, the dictator of North Korea, is a big fan of the show, they decide to set up an exclusive interview. When the CIA gets wind of their plans, however, they ask the pair to help them assassinate Kim. They reluctantly agree, and when they arrive, they discover that Kim Jong Un isn't the monster he's been made out to be. Instead of a murderous madman, they find a sensitive, even lovable man child who loves Katy Perry and longs to escape from the shadow of his oppressive father. He shows them around Pyongyang to dispel the myths than his people are starving.

Franco's doofus TV host soon begins to feel sorry for Kim, and refuses to follow through with the assassination plan. But he soon realizes that Kim's nice guy persona is little more than a ruse, a character concocted to hide a petulant and childish dictator willing to kill anyone who stands in his way, and soon our central dimwits find themselves in over their head in a full blown Korean civil war. 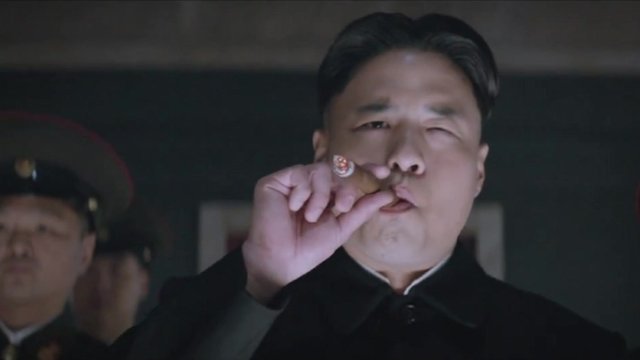 There's something vaguely meta about The Interview, perhaps heightened in light of the ensuing firestorm surrounding the film, but one can't help but feel that directors Rogen and Evan Goldberg, are trying to do the same thing as their fictional counterparts. After years of peddling juvenile humor to ever hungry audiences, have they finally given us something weightier to chew on? Well...sort of. The Interview is every bit the rude and crude comedy one would expect from this team, but it also brings real foreign policy questions to the fore, bringing real world political themes to an audience who never would have given such things a second thought. Rogen and Goldberg, advertently or inadvertently, have delivered audiences a comedy Trojan horse, and in a bizarre instance of life imitating art, started a real international crisis by lampooning a real life dictator. That makes The Interview not only the most subversive comedies of the year, but an act of actual courage.

These aren't just two stoner dudes who bumbled their way into a real world crisis like in the movie, these are two very smart comedians who turned a seemingly innocuous comedy into a real life act of defiance. The jokes themselves are hit and miss, some uproarious, others flat, but Rogen and Goldberg have seemingly done the impossible - bring real world issues to a demographic that wouldn't usually engage with such ideas, in ways that are much more nuanced than they appear in the surface. There's a reason why only the fools were allowed to speak the truth to kings. This is just the same old crap, and yet is isn't, much like the movie's own central conflict, And therein lies its clever subversion. The hype isn't much ado about nothing. Sony's utter bungling of its release aside, The Interview lands most of its punches, shone a light on the world's most brutal dictator, and did what any self respectable comedian would do - humanized him, then utterly, completely, humiliated him. For a film that is ultimately about the power of the media (and the sometimes irresponsible American foreign policy), The Interview has become a kind of self fulfilling prophecy with the cajones to wink and say "I told you so."