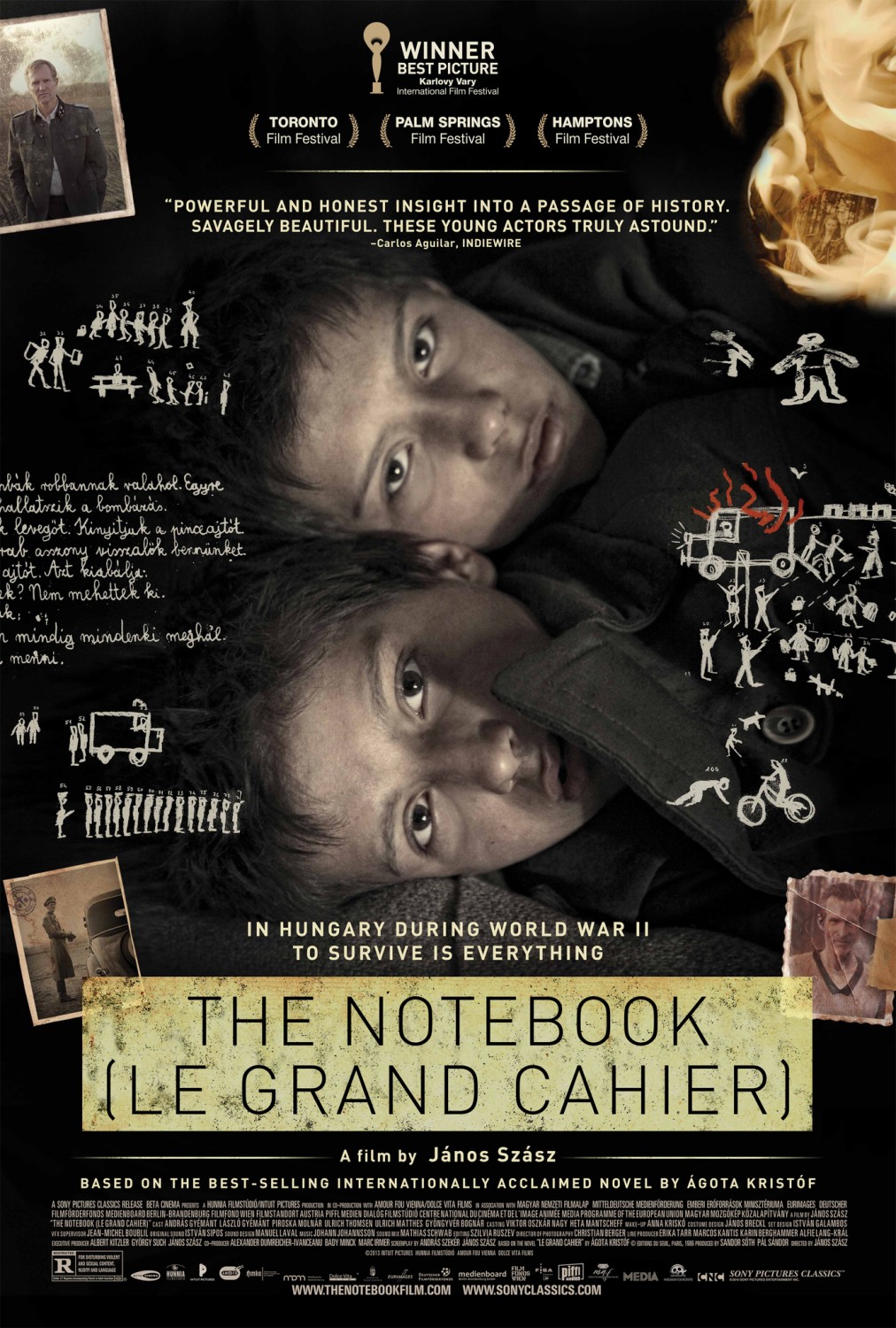 Don't let the title fool you, János Szász's The Notebook (Le Grand Cahier) is no Nicholas Sparks love story. Set in Hungary during World War II, The Notebook is about as far from Sparks territory as you can get. This is the story of two twin boys whose mother drops them off with their grandmother in the countryside near the Hungarian border to escape the brunt of the war. Instead, she inadvertently dumps them right in the middle of Hell, as their grandmother turns out to be an unfeeling monster (locals refer to her as "the witch"), and the German army moves into one of her extra buildings on the farm.

Working day in and day out to earn their meager food, often not being allowed to sleep inside, the boys try to build up an immunity to pain, hitting and slapping each other until they are numb. But the pain the must endure isn't just physical. As the war progresses, the evils they must face become more intense. The war will change them, shape them, redefine them, but it can only reinforce their unusual bond, as all they have left of themselves is each other.


The Notebook is reminiscent of Rene Clement's war-through-the-eyes-of-a-child classic, Forbidden Games, although with a much bleaker outlook. It is a handsomely mounted film, but it is unrelentingly dark, which is appropriate for a film about the horrors of war. The problem is, rather than find transcendence through the darkness, the film wallows in it. There is no hope, no redemption to be found here, just unrelenting ugliness. That's certainly a legitimate approach, but it's a deeply unpleasant one. The film's episodic structure also enforces this; it is just one ghastly horror after another, with no end in sight. Szász sets out to illustrate the ugliness of war - but in the process he made a film that is as oppressive as the darkness he seeks to illuminate. There is a lot to be explored about the toll of war on the human spirit, unfortunately The Notebook would rather dwell on its misery than explore it in any meaningful way.

Films do not need to be upbeat or even hopeful to be effective, but there are few redeeming qualities about this film. The sheer never-ending level of atrocity and degradation depicted in The Notebook becomes almost laughable by the end, it's a litany of woe and misfortunate that would make even Job's jaw drop. That's what makes it ultimately ineffective, like the twin boys who are our guides through the war, we become desensitized to the horror. It just no longer affects us after a while. It deadens us, numbs us under its constant assault. It certainly paints a grim picture, but if war is hell, so is this film.