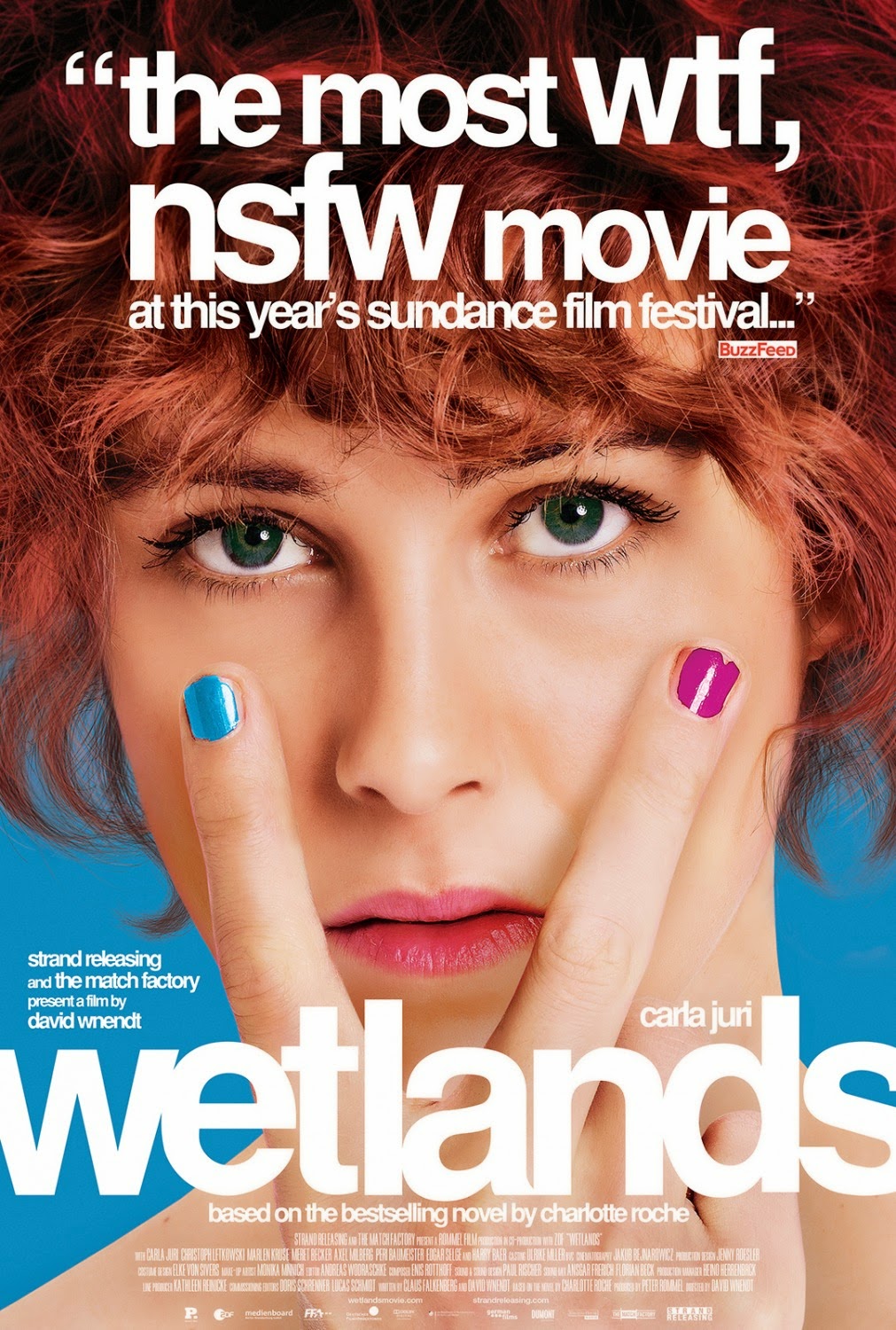 You would be hard pressed to find a coming of age film more disturbing, more disgusting, and more outrageous than David Wnendt's Wetlands. At first it seems like a put-on, a so-gross-this-can't-possibly-be-serious act of deliberate provocation. The reality, however, is somewhat more complex.

For a film about a teenage girl who's obsessed with her own hemorrhoids and bodily fluids, Wetlands is a surprisingly sincere, even moving work. Based on the controversial novel by Charlotte Roche, the movie is intentionally over the top, almost daring the audience to be offended. It wants us to recoil, and it laughs at us for doing so. But there is a lot more to Wetlands than just shock value. This is a cry for attention about a cry for attention, a movie desperate to offend about a young girl also just as desperate to be noticed. In essence, it is the movie its young protagonist would have made about herself if she could have made a movie. 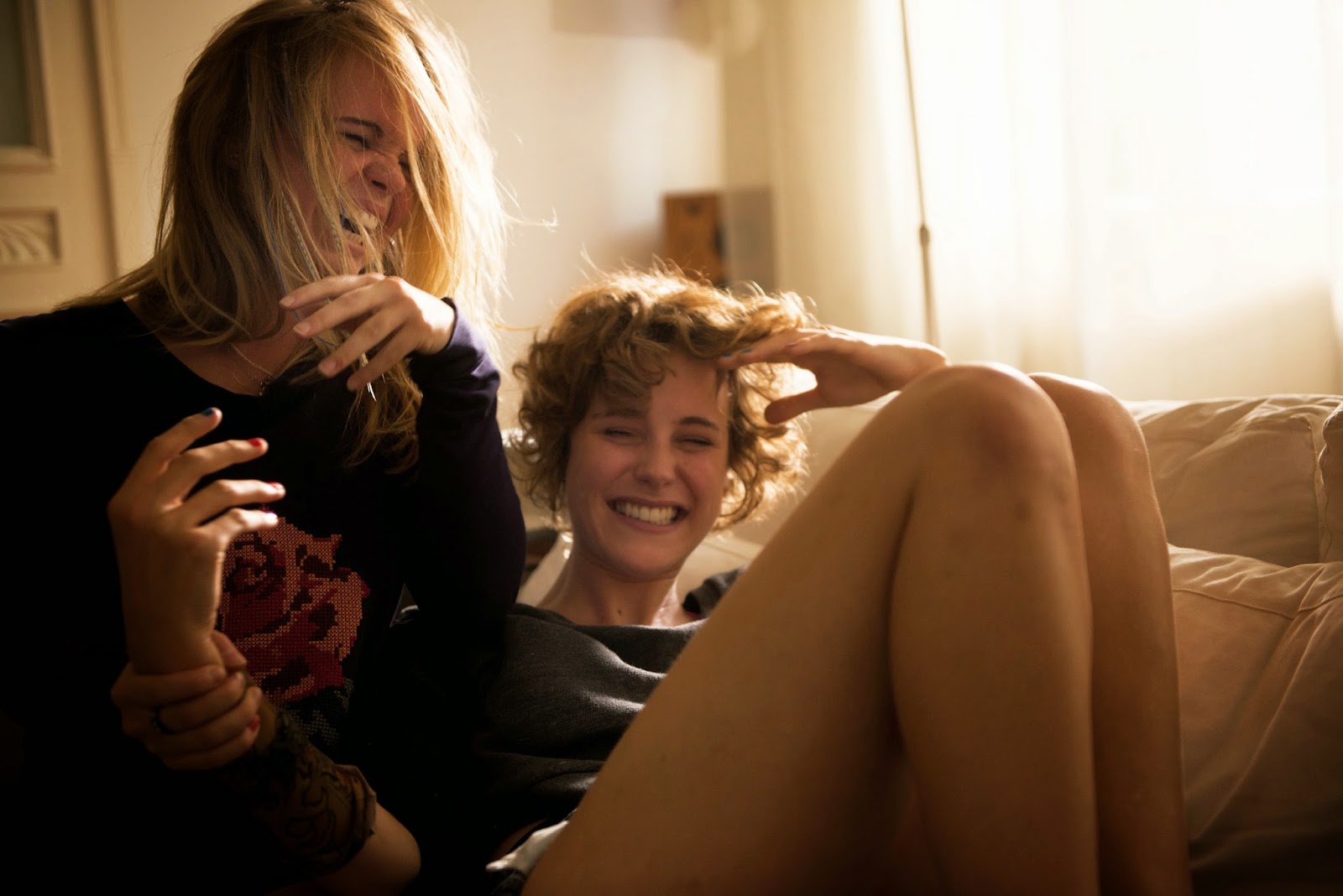 To call Carla Juri's performance as Helen Memel fearless would be an understatement. She hates hygiene, she loves her hemorrhoids and the smell of her unwashed nether regions, she relishes in languid nudity, and doesn't mind exacerbating a self inflicted anal fissure if it means staying in the hospital with a male nurse that she has taken a liking to. Her relationship with her best friend is so close they often share tampons and smear each other's menstrual blood on their faces. None of this is, by any means, normal behavior. Yet for all of its graphic depravities, Wetlands is a surprisingly sincere film. Its perversions are simply the self conscious affectations of a girl desperate for attention, from her broken family, from her friends, from the man she has unexpectedly come to love. On the outside she is obsessed with sex, but as the film goes on we come to discover what she really is obsessed with is love.

I often found myself wanting to look away from the screen (I'll certainly never look at pizza the same way again), I even found myself feeling nauseous a few times, but something about Helen's story struck a chord. Her story is a universal one, maybe not in regards to her peculiar sexual proclivities, but in her ultimate desire to be loved at all costs. Wnendt cleverly conveys her often troubled mental state without judging or celebrating it. It's a fine tightrope to walk, but he ultimately sticks the landing. That delicate balance between celebration and judgement is why Wetlands works so well, and a film like Lukas Moodyson's We Are the Best never quite jells. They offer two very different visions of teen angst, but Wnendt uses Helen's antisocial nature as a kind of thematic force all its own, and that's what sets it apart. 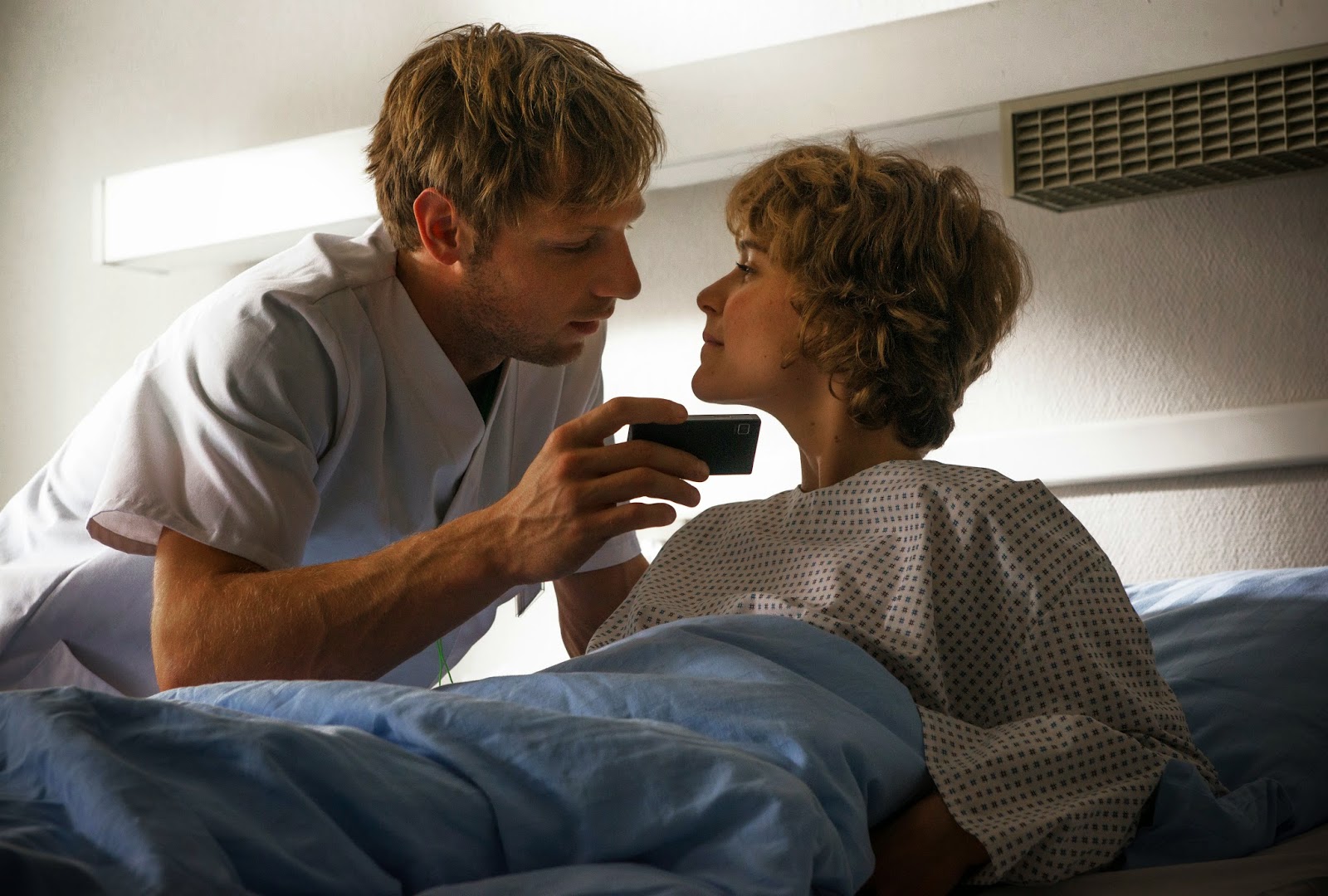 It would be easy to compare Wetlands to this year's other major film about sexual obsession - Lars Von Trier's epic Nymphomaniac. Both are about strong women who take their sexuality into their own hands, but both have very different approaches and themes. In Nymphomaniac, it is almost a kind of strength; in Wetlands, it is both strength and weakness - a sense of misanthropic independence that that ultimately harms even as it leads her to pleasure.

Yet more than any other emotion, I was fascinated by Wetlands. There's just nothing else out there like it. It is a wholly unique film that, while certainly not for all tastes, is a disarmingly touching film about growing up and finding ones own identity. Few films have ever done that in such a singular and memorable way that is as tender as it is off-putting. It is a film that is always vibrantly alive with a sense of self discovery and even wonder - at the world, at life, at the human body, and it does so without any self consciousness or forced sincerity. You'll never see anything like it again, and you probably won't want to, but one thing is for sure - Wetlands is one of a kind.