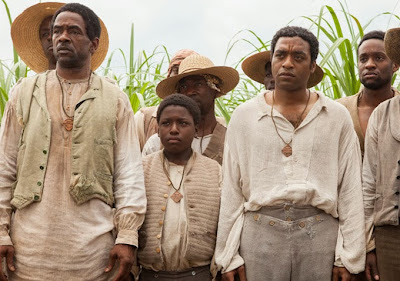 The Online Film Critics Society, of which I am a voting member, released the nominations for its 17th annual awards. 12 Years a Slave  led the nominations with 8, including Best Picture, Best Director, and Best Actor. followed by Inside Llewyn Davis with 6. Hayao Miyazaki's final animated film, The Wind Rises, received 5 nominations including Best Picture and Best Director. The Best Picture nominees included some outside the box choices that haven't been as prevalent this awards season, such as Johnnie To's Drug War and Short Term 12, and lifted Blue is the Warmest Color and The Wind Rises out of the Foreign Language and Animated ghettos, respectively, and also gave some love Frederick Wiseman's expansive documentary, At Berkeley. Jem Cohen's Mueseum Hours showed up in Best Foreign Language Film and Best Original Screenplay, and Mads Mikkelson scored a surprise Best Actor nomination for The Hunt. This year's nominees are: